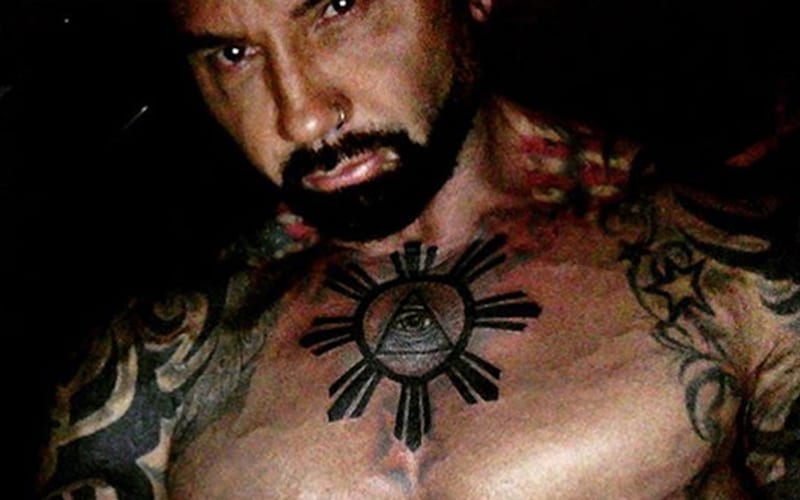 Batista has been very outspoken about the current social movement going on in America. He is also a huge detractor of America’s current President. The Animal already has a ton of tattoos, but he obviously had room for more.

The former WWE Champion revealed that he got some new ink in honor of Black Lives Matter. He got “I can’t breathe” tattooed on one had and “We the people” on his other hand.

The Guardians of the Galaxy star also included a brief caption to explain his recent tattoos. He also encouraged others to not be intimidated and to join together to fight for his cause.

Be relentless in the pursuit of justice. Unintimidated in the fight against oppression. We’re together to remind each other what we’re fighting for. I want to forget.I won’t let myself. There’s too much at stake. Peace to everyone fighting for a dream. #OneNation #OneRace

Batista was very vocal when Jaxson Ryker supported Trump’s decision to bring the Armed Fores in to stop the peaceful protests.

Plenty of WWE Superstars have displayed their support for the Black Lives matter movement. R-Truth was spotted at a protest in Charlotte as well.

Dave Bautista likely won’t be the last WWE Superstar to address Black Lives Matter. He might be the only one to get a tattoo on the subject.