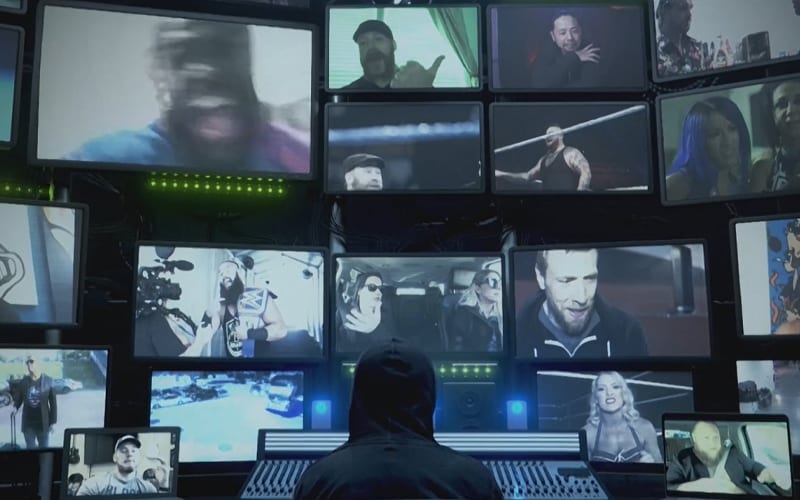 WWE has a hacking problem, and it’s worse than the one Asuka found. At least the Raw Women’s Champion realized when she was being hacked from Moscow and Qatar. The SmackDown side might need someone with Asuka’s hacker locating expertise.

Whoever infiltrated WWE placed cameras everywhere. They are sitting in front of a control panel and watching everything. They’re not done yet.

The SmackDown Mystery Hacker made headlines and kept fans guessing for months. Glitches interrupted the broadcast and other clues dropped along the way. The hacker was always watching. Suddenly, the hacker vanished.

It’s been weeks since the SmackDown Mystery Hacker appeared on the FOX broadcast. The last tweet from the Hacker’s Twitter account for “The Message” has been dormant since May 28th as of this writing.

Ringside News has learned that the SmackDown hacker angle is not dead. Something is still going on, but they are waiting. We were told by a source in the company that those in the know are being “coy” about the subject.

Things are moving around backstage in WWE and some stories were “shuffled.” The entire procedure backstage needed to be changed around with Paul Heyman’s exit.

“ꀤ ꌚꏂꏂ ꌩꂦꀎꋪ ꒒ꀤꏂꌚ” was the Hacker’s last tweet. We might know a lot more about what the Hacker sees soon enough.