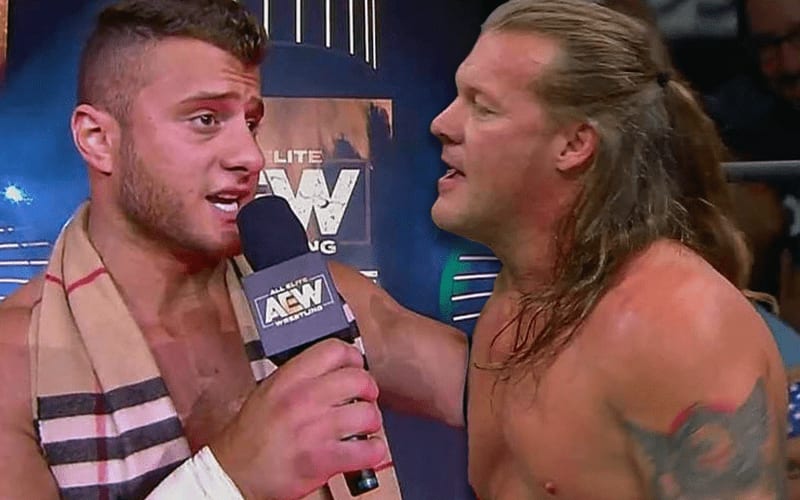 MJF is the Salt Of The Earth, but Chris Jericho wanted him in the Inner Circle. AEW rejected that idea because they had other things in store for the young pro wrestling star.

During Talk Is Jericho, Y2J discussed how the Inner Circle came to be. He had an idea as soon as he heard Tony Khan’s initial pitch. It was a cool idea, but they had to figure out who would be in the faction.

Chris Jericho had Sammy Guevara on the podcast at the time. He stated that Guevara was someone he wanted. Y2J also wanted MJF to be in the faction, but AEW blocked that idea. They simply had too many ideas for MJF on his own.

I saw you (Sammy Guevera) on an NWA show, and I texted Tony Khan and said we should bring you in. I can’t remember the first choice, but I remember saying I would like MJF and they said he is going to do his own thing. I said I think Sammy is kind of the same idea. I wanted a young, upcoming charismatic guy.

AEW blocked MJF from joining the Inner Circle, but at least they pulled back on another idea that they had. AEW wanted to bring in Anthony Ogogo to join Chris Jericho’s stable. That obviously wouldn’t have been the greatest idea since Ogogo has never actually wrestled before.

Chris Jericho was eventually able to convince AEW to let him have Jake Hager in the Inner Circle and the rest is history.