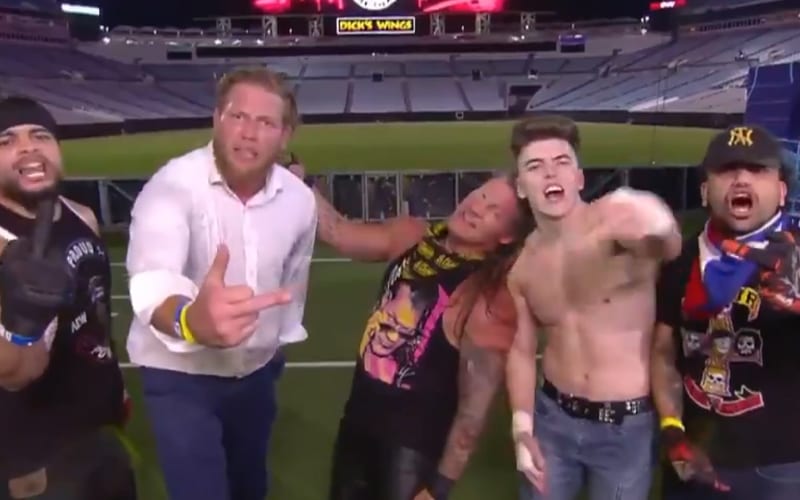 The Inner Circle still receives a big spotlight in AEW, but the stable almost looked much different.

During Talk Is Jericho, Chris Jericho revealed that AEW pitched the idea of putting Anthony Ogogo in the Inner Circle. Jericho didn’t really like that idea since Ogogo never wrestled before. Ogogo is a boxer that AEW signed, but he isn’t a trained pro wrestler yet.

Y2J worked with Jack Swagger many times in the past while they were in WWE. He then proposed that AEW work something out with Bellator to let Jake Hager join his group instead.

The final ingredient was Jake. We worked together many times in WWE. What got Jake on my brain again is we were both training with Josh Rafferty at Dave Batista’s MMA gym. That’s when Jake was getting into Bellator. I asked you if you still wrestled or were thinking about getting back in the business? One of the ideas is they wanted to have a guy called Anthony Ogogo. I think he is signed with us now. I think he is a boxer from the U.K. They asked what I think of him? I said he never wrestled. I asked how tall was he? They said he is 5’11”. I said I need a big guy and I got the guy. I approached Tony Khan and you guys worked it out where you can still fight in Bellator. In the meantime, your career has skyrocketed.”

The rest is history as The Inner Circle seemed to come together perfectly. We’ll have to see if members eventually get switched around. At this time, Chris Jericho and his band of heels seem to be having a great time getting heat.