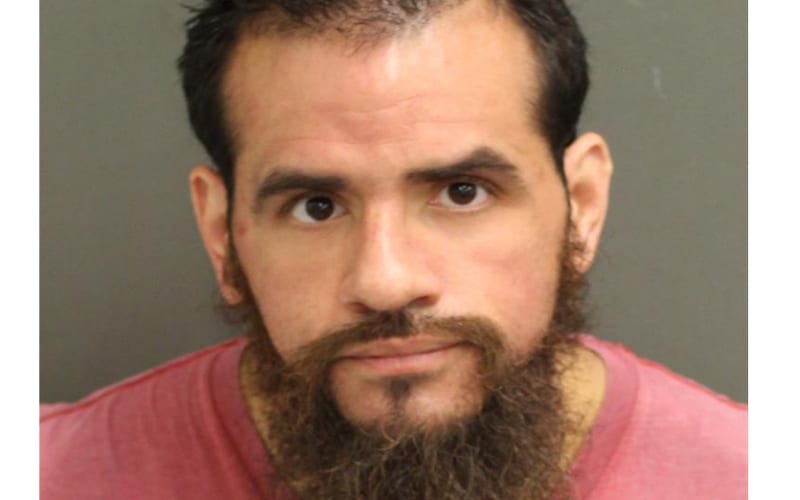 Armando Alejandro Montalvo started a live stream on Thursday afternoon which concluded with cops telling him to put his hands behind his back. He was arrested a short time afterward.

Documents obtained by Ringside News show that Montalvo was arrested on charges of Battery On Law Enforcement Officer, Trespassing On Property After Warning, and Resisting Officer With Violence. He was booked on Thursday, June 4th, 2020 just after 8:30 PM EST.

Montalvo’s bond amount comes to $2,750 after adding up all three charges. Records indicate that he remains incarcerated at this time.

Armando Alejandro Montalvo was involved in a 2015 incident outside the WWE Performance Center where he was shot by Orange County police. He was smearing feces mixed with milk on the walls outside the WWE PC at the time. He was shot because it was believed he had a knife. This incident was a catalyst for WWE’s protection order. WWE’s attorney stated in court that they have hired off-duty police as extra protection due to Montalvo’s harassment.