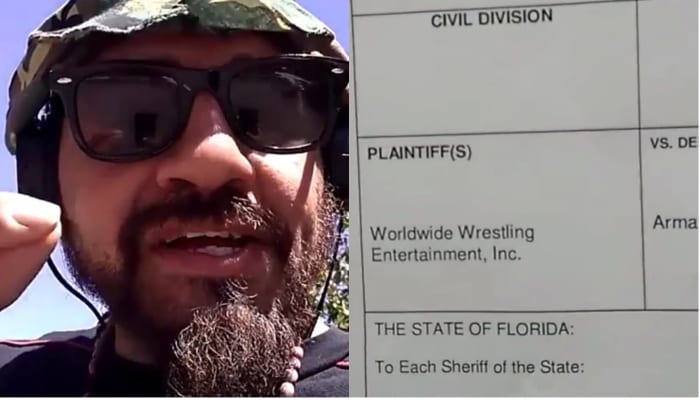 Armando Alejandro Montalvo loves to get negative attention from WWE. He was shot outside the WWE Performance Center in 2015 when he charged at a deputy who believed Montalvo was wielding a knife. Since then he has been posting to social media nonstop about Vince McMahon and even showed up at a recent NXT television taping to cause some chaos as well.

We recently reported that Montalvo has received documents including a summons from WWE.

But TMZ Sports reports there is more to Montalvo’s 2015 restraining order against WWE and it is quite disgusting. Montalvo spread feces on the walls of the WWE PC and obviously they weren’t happy about it.

Montalvo reportedly showed up at the WWE PC and was harassing company employees. Then he “cryptically threatened WWE wrestlers and staff.”

Since then, he has been regularly updating his social media with videos where he will often call out WWE officials including Triple H and Vince McMahon in profanity-ridden rants.