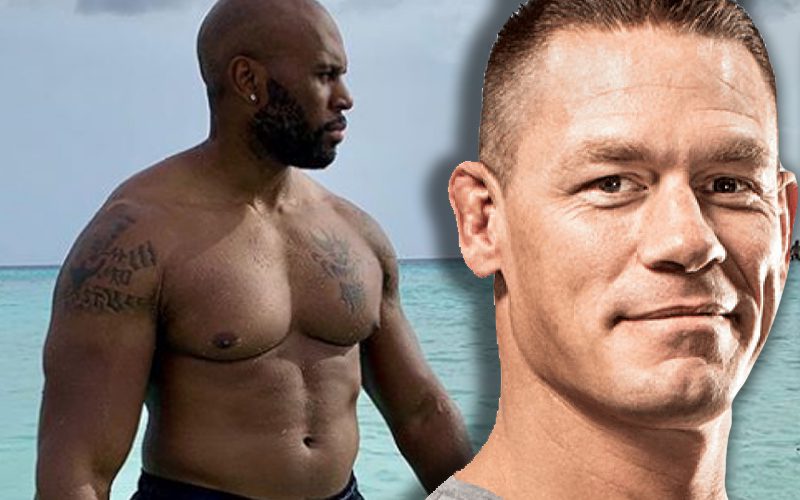 John Cena is a great guy and incredibly generous. Shad Gaspard died a week ago today. He will never be forgotten and his family received incredible support from the pro wrestling community. A lot of fans think that John Cena helped in a huge way. He just dropped a hint that they might be correct.

A Go Fund Me account was launched for Shad Gaspard’s family. The $100,000 goal was crushed in one day largely thanks to an anonymous $40,000 donation. The only hint this donor provided was: “CTC RIP.”

A lot of fans thought that John Cena was behind this. “CTC” was something that Cena, JTG, and Shad Gaspard spray painted on JBL’s limo back in the day. That stood for Cryme Tyme Cenation.

John Cena posted an image from that JBL limo vandalism segment on Instagram. This gave a lot of fans assuredness that while he won’t come out and admit it, Cena is confessing to being the massive donor in this way.

We’ll have to see if someone else steps up and claims that generous donation. It will take a lot of work to convince some people that those funds didn’t come from John Cena.