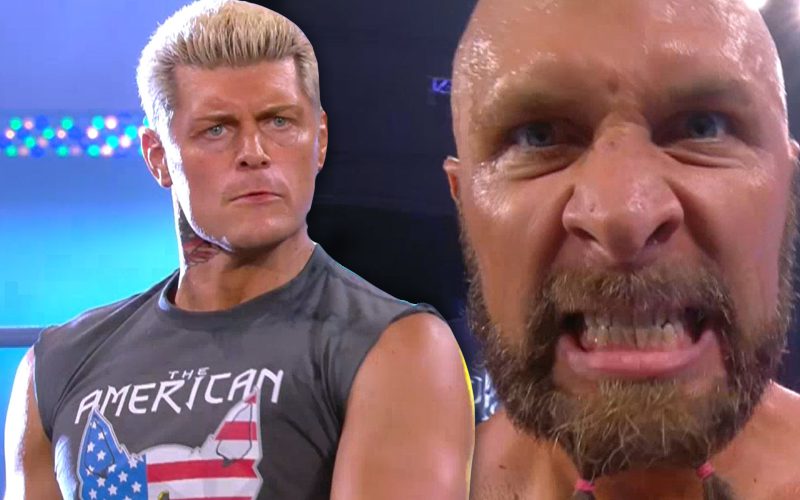 Cody Rhodes and Lance Archer took each other to war at Double Or Nothing. Mike Tyson was there as well which made the event even more noteworthy. Archer and Rhodes gave it their all and when everything was said and done, The Murderhawk Monster changed the American Nightmare’s perception of him.

While speaking in the post Double Or Nothing virtual scrum, Cody Rhodes revealed that he had doubts about bringing in Lance Archer. They were washed away when he realized the kind of “freak hybrid drug-free athlete” Archer is.

Cody Rhodes said that Lance Archer is probably “one of the top three” best wrestlers he’s ever been in the ring with, but “we’re not best friends by any means.”

“The recruitment of Lance Archer to AEW, Tony Khan and QT Marshall, they were really the ones were on that search. I questioned that search and I have no questions anymore. He’s one of the top three opponent I’ve ever had. I cannot wait to step back in the ring with him. A freak hybrid drug-free athlete — the things he can do, that’s what you want.”

Cody Rhodes continued to say “that’s what a wrestling company should be paying the big bucks for.” We’re not sure how much AEW is paying Lance Archer, but Cody Rhodes seems very happy about the acquisition after having some initial doubt.