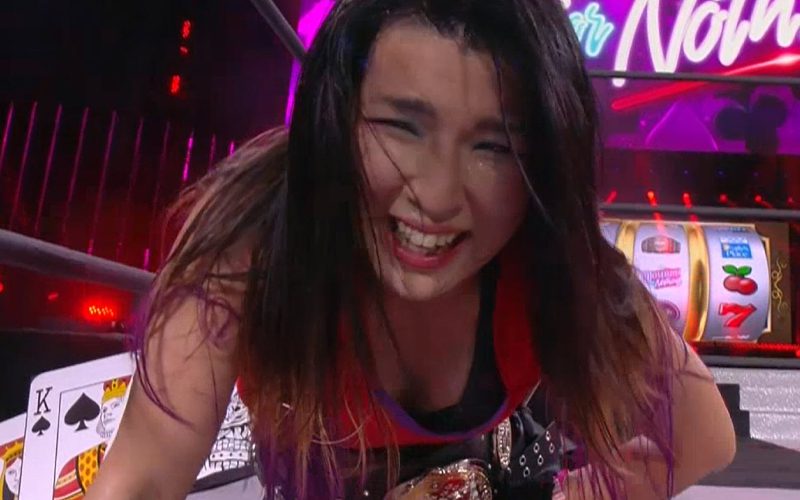 AEW Double Or Nothing was a newsworthy night of pro wrestling action. The first-ever TNT Champion was crowned and Hikaru Shida finally toppled Nyla Rose and became the AEW Women’s World Champion. Shida took quite a beating at the hands of the Native Beast.

Hikaru Shida suffered several kendo stick shots from Nyla Rose. Her back showed the damage after everything was said and done. Shida is the new AEW Women’s World Champion, but she has the marks to prove it.

The third AEW Women’s World Champion posted a photo of her mangled back following her war with Nyla Rose. Shida was apparently feeling that match the next day.

God….my whole body….🥶
That was hard last night, and was the best night!

Hikaru Shida is a warrior so she will carry on. This was a difficult week for Hikaru Shida, especially with the passing of Hana Kimura. That very likely added to her emotional reaction upon winning the top women’s title in AEW.

Hopefully, Hikaru Shida can heal up fast because she could have another AEW Women’s Title defense coming up. Nyla Rose will likely want another crack at that title soon.