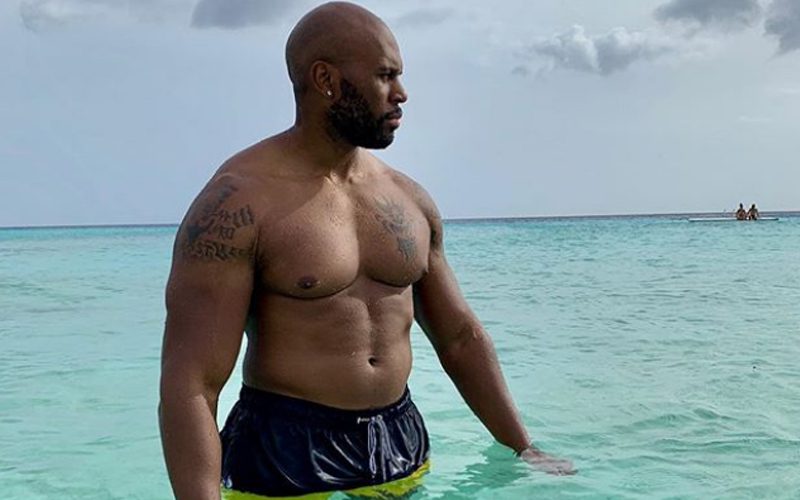 Shad Gaspard was taken far too soon. A day at the beach resulted in tragedy, but he died like a hero urging lifeguards to save his son first. This is an incredibly sad story, but the pro wrestling world is rallying around the Gaspard Family during this time.

A t-shirt is currently being sold by Collar and Elbow. 100% of those profits will go to Shad Gaspard’s family. Now an official Go Fund Me has been launched as well.

An official Go Fund Me was finally set up There might be others out there saying that they are for Gaspard, we’re not certain about any others, but this is the official account set up for his family.

As many of you have heard on Sunday (May 17th) tragedy hit as Shad Gaspard went swimming with his son Aryeh –  when they got caught in a riptide. When the lifeguards went to rescue them, Shad made the ultimate sacrifice and told them to save his son instead.

Family meant everything to Shad so we want to do anything we can to love and support them during this difficult time.

Shad’s friends are coming together to set up this GoFundMe to help his wife Siliana  cover bills/expenses, Aryeh’s future college fund and we invite you to please join us.

Your love and support is greatly appreciated!

It was noted on the campaign that “Friends of Shad Gaspard and TAMARA WHITEHEAD are organizing this fundraiser on behalf of Siliana Gaspard.”

The current goal is $100,000 and it just opened up. Hopefully, it won’t take very long at all to exceed that number.