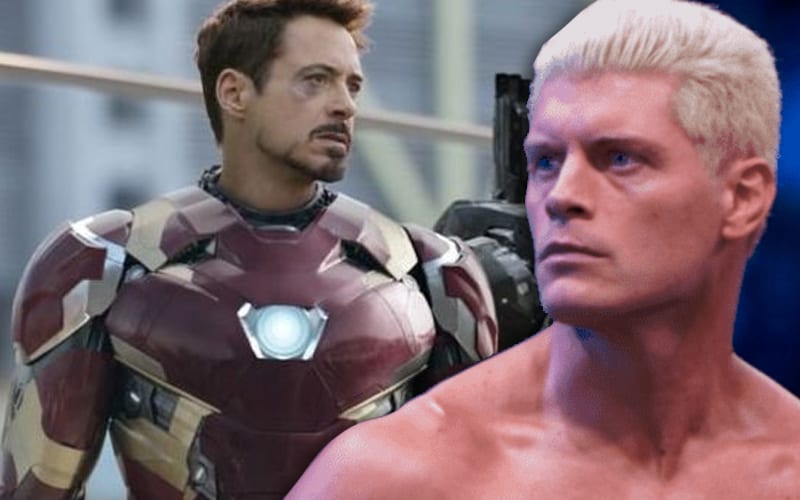 Cody Rhodes didn’t reach the main event in WWE, but maybe it could have happened if he was more like Tony Stark.

The Dan Le Batard Show recently had Cody Rhodes on a guest. AEW Dynamite is returning to TNT live this week which was a good part of the conversation. His time in WWE also came up as he discussed how his father Dusty Rhodes was there for him during that time in his career.

Rhodes eventually became Stardust. He doesn’t hate the gimmick now and credits it for making him millions of dollars. There was still another idea based around Iron Man’s Tony Stark that would have been very interesting to watch go down.

“He made everything work. For me, I went through a phase, before I left WWE, where I was going in on a regular basis to the Performance Center where he worked, and I was doing these projects with him. And I’m really blessed that I got the chance to do them. None of them got green lit, but there was one based on Tony Stark as kind of a prince in the industry, the opposite of the common man which Dusty was.”

“Stardust, when I was doing the Stardust character, I really wanted to have a hairless cat. So my poor dad, he’s trying to produce this promo, and I’ve got this hairless cat in there in the makeup and the glitter. And he’s watching his son just absurd pieces of business, but he was always really helpful. At the end, everything I flew against the wall didn’t stick, which the ultimate answer of that was why don’t I try being myself and see if that sells any tickets. And that’s where I’ve been fortunate and blessed enough to have the most success.”

WWE has a lot of interesting ideas that sometimes go as far as making props before the plans are nixed. Erick Rowan’s amazing WrestleMania sheep mask is a great example of that fact.

Cody Rhodes as a Tony Stark character would have been very interesting. Now there’s nothing stopping him from adopting aspects of Stark’s character into his AEW persona at this point.

What would Cody Rhodes be like as a Tony Stark character? Sound off in the comments below!