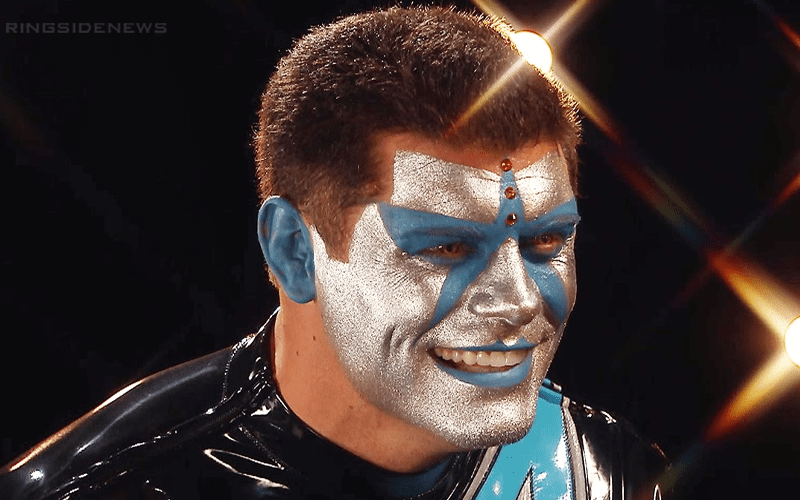 Before Cody Rhodes left WWE he was jumping around with face paint and a full bodysuit. His name was Stardust and he put everything he could into that character.

During a recent Q&A Cody was asked who WWE screwed up worse out of himself and Dustin Rhodes. The Goldust character saw a lot of highs and lows, but Stardust was another animal entirely.

A lot of people might look at the Stardust character as a big reason why Cody decided to leave. However, he was nothing but grateful for the character as it not only allowed him to explore a new form of creative performing, but it also made him millions.

Can’t speak for him [Dustin], but they didn’t destroy anything of mine. They put me in the spotlight and on tv, learned a massive amount in those 10 years.

[Stardust] Made me millions of dollars and allowed me to explore a different side of my act. Invaluable experience. Not what I wanted to be forever, but glad I did it when I did.


Cody is now free to be himself as he wants to be presented. He is not only an executive vice president of AEW, but he is also wrestling. Rhodes plans to be a wrestler first which was one of the symbolic gestures by destroying a throne at Double Or Nothing.

He will never forget his time in WWE as it not only helped him grow as a performer, but help him prepare for the next stage in his life as he bet on himself and eventually went all in.