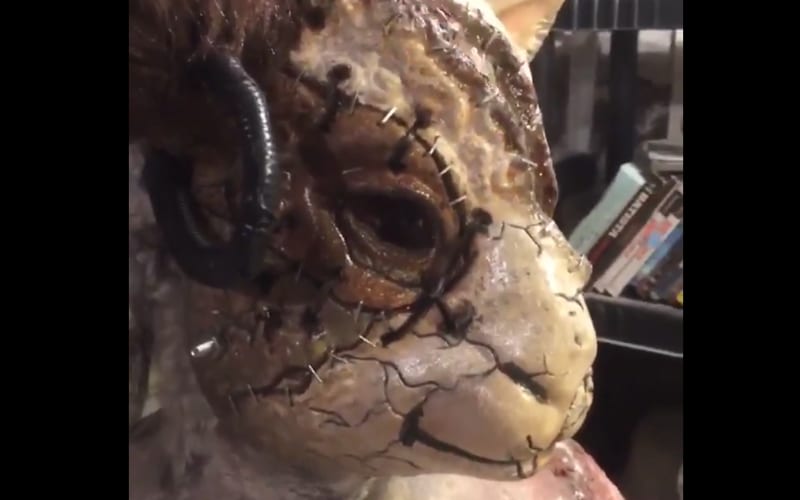 Not all plans end up seeing the light of day. Erick Rowan had a sick sheep masked planned for WrestleMania 32. It lit up and was created by Jason Baker and Tom Savini, but it was never used. Now we are seeing it for the first time and wondering what happened.

Baker revealed a video of the amazing light-up sheep mask that was intended for Erick Rowan at WrestleMania 32. It was inspired by the Bride Of Frankenstein, but sadly nixed from WWE’s final plan.

BTS: one of the many masks that @thetomsavini and I made for @erickredbeard that unfortunately never saw the night of day. This particular piece was created for @WrestleMania 32. Inspired by the Bride of Frankenstein.

Erick Rowan, now known as Joseph Ruud commented saying that it was “One of my favorite creations from my friend @bakingjason.”

Baker and Savini were behind Bray Wyatt’s Fiend as well. It’s strange that Vince McMahon never used this awesome light-up sheep mask, but that spider saw the light of day on SmackDown.

wpDiscuz
3
0
Would love your thoughts, please comment.x
()
x
| Reply
You are going to send email to
Move Comment