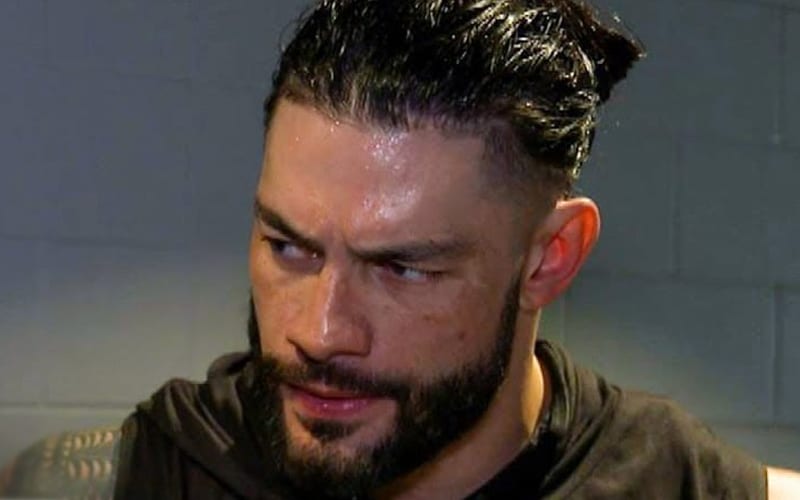 Roman Reigns was slated to win the WWE Universal Title at WrestleMania 36. His compromised immune system made it too much of a risk for him to wrestle against Goldberg so he left without competing. Braun Strowman got the call, and he won the title. Now Reigns is totally missing from WWE television.

Vince McMahon sent word down that nobody should mention Roman Reigns’ name on television. He was also not featured at all in the company’s recent Make-A-Wish commercial.

Ringside News has learned that keeping Roman Reigns out of the conversation goes backstage as well. Reigns’ name isn’t coming up in meetings. Neither Bruce Prichard or Ed Kosky brought up Roman Reigns’ name when normally he is addressed.

The idea is that there may be something behind tension between Vince McMahon and Roman Reigns. Mr. McMahon’s classic mindset is to keep moving forward no matter what.

So that may be coming down from Vince. ‘Move onward and upward’ type of thing.

Roman Reigns is hopefully financially comfortable. He remained on top of WWE for over half a decade at this point. The Big Dog will be at home if anyone needs him, but it’s likely he won’t come out for long unless a COVID-19 vaccine is discovered. WWE will continue without Roman Reigns because there is no off-season in Vince McMahon’s company.