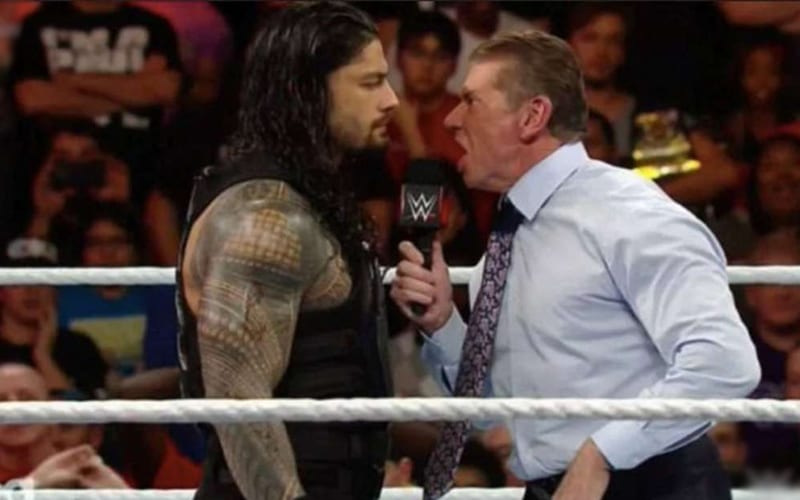 Vince McMahon was counting on Roman Reigns to become the WWE Universal Champion at WrestleMania. The Big Dig did not work the match due to concerns due to COVID-19. This caused Braun Strowman to get that spot and the title.

It was noted in the Wrestling Observer Newsletter that Vince McMahon has sent down direction to not mention Roman Reigns right now. We’re not clear when that rule will change.

Right now the instructions on television are to not ever mention Reigns.

Roman Reigns might set out of action until a vaccine is developed for the novel coronavirus. That could take some time, but he has new babies and a lot to live for. He can’t take that kind of risk. In the meantime, it seems like WWE will continue to awkwardly ignore that Roman Reigns is on their roster.

What do you think about this new edict from WWE? Sound off in our new and improved comments section!