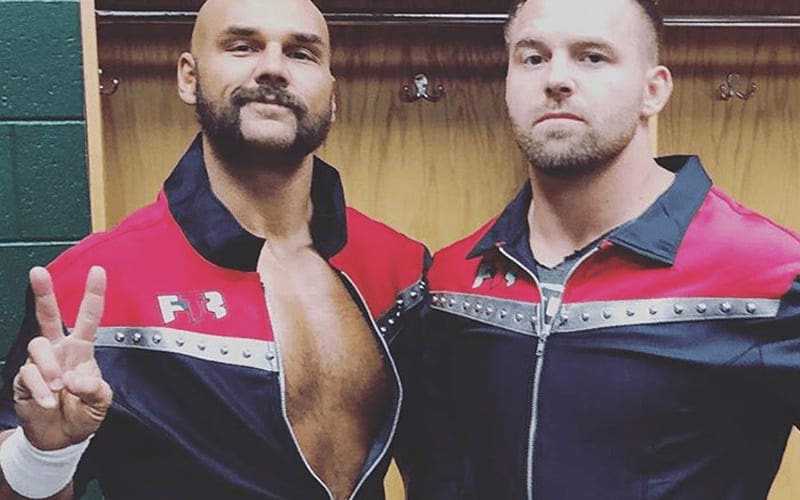 The Revival were released from WWE before the company decided to let go of so many more. Scott Dawson and Dash Wilder wanted to leave the company.

Dash is now Cash Wheeler and Scott is now Dax Harwood. They made those name changes right after WWE released them, but their team name remains a mystery.

Wheeler has registered a trademark for “Fear The Revolt.” If The Revolt is their new name then that could work.

They previously registered a name for Shatter Machine which was the name of their WWE finisher. Some fans thought that might be their new team name. Revolt fits well with #FTR better.

Copyrights have also been filed on behalf of them for “No Flips, Just Fists” “Say Yeah,” “Shatter Machine,” “Top Guys,” and “FTRKO.”