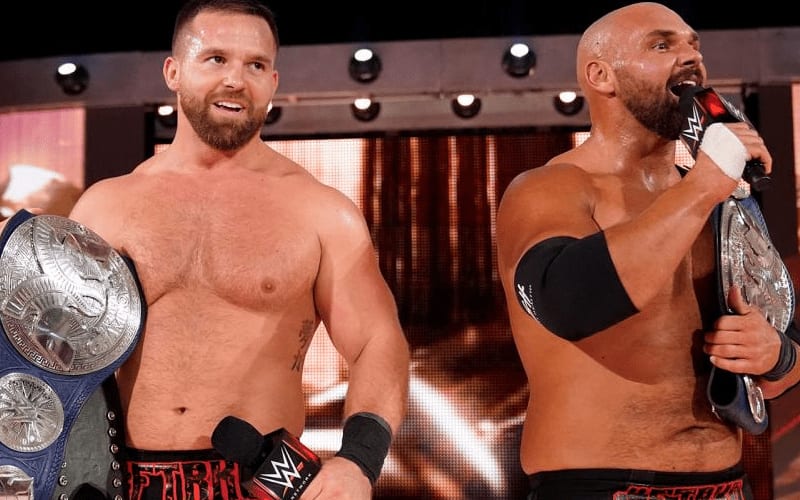 The Revival can not use their WWE names after leaving the company. Dash Wilder and Scott Dawson are no more, but they’ve already picked new names.

Click here to check out some epic merchandise that The Top Guys already dropped.

WWE later filed copyrights for The Mechanics and No Flips Just Fists. It’s unclear what the status of that is at this time.

AEW is likely going to be the destination for Cash Wheeler and Dax Harwood. They can technically sign right away, but this is a time of uncertainty in many areas.

What do you think about their new names? Do you think Shatter Machine will end up as their team’s name? Sound off in the comments below!