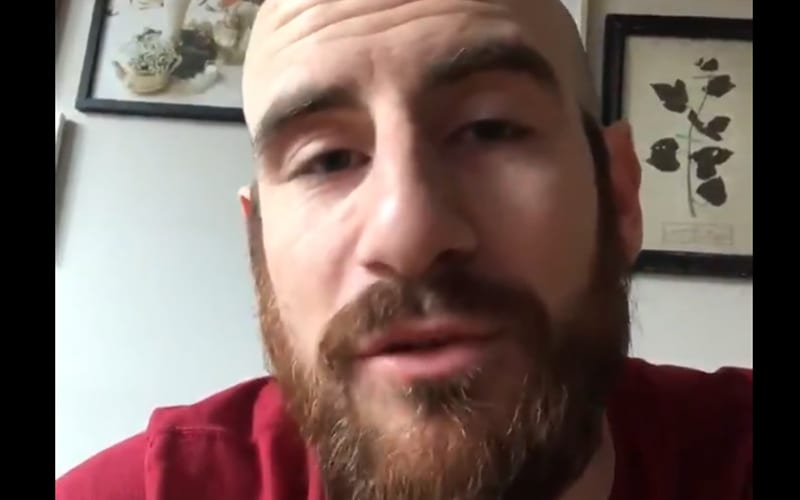 WWE had to cut a lot of Superstars and backstage producers yesterday. Some fans forget about everyone else who lost their jobs in the company.

Aiden English was released from WWE yesterday, but we know his name. The Maestro of Mayhem released a video where he addressed all of those people in WWE who don’t have a job today.

Fans will never know the hundreds of names that lost their jobs in WWE as well, but Aiden English wanted to call attention to them. He also provided inspiration for everyone within the sound of his voice.

“It’s about the people you guys didn’t hear about that wasn’t reported. The people in corporate who are all in the same situation now. The behind-the-scenes people who are all incredibly talented. It’s a rough one and that’s on top of the thousands of people in this country who are in similar situations because of what is going on in the world.”

“This is a defining in our history and for the individuals that were part of everything yesterday. It is a scary time in the world, but this is a time that shows us who we really are. That’s why I’m here to get up, step up, move up do whatever it takes. These are the times that shows you who you are as a person. The credo that we’re all in this together is more true than ever.”

English said he loves the fans and thanked them for their support. This is a hard time for a lot of people and that shouldn’t be forgotten.

It’s awful that Superstars and other backstage producers lost their jobs, but some are in much worse situations right now. Our hearts go out to those people and Aiden English shares that sentiment.

How are you handling this current situation we’re all facing? Let us know about it in our new and improved comments section!