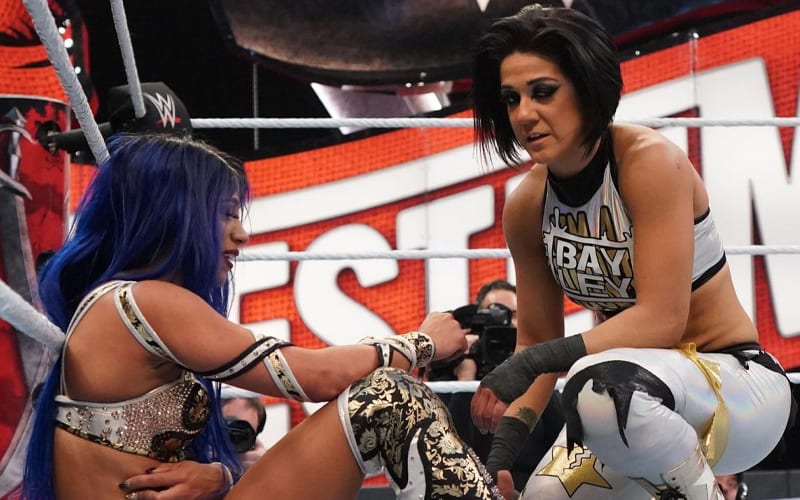 WrestleMania 36 is in the books. WWE put on the show of shows in very unique circumstances, and Bayley is still the SmackDown Women’s Champion. She had to brave a five-way elimination match in the process no thanks to Paige.

During Wrestling Observer Radio, Dave Meltzer brought up WWE’s original plans for Bayley and Sasha Banks at WrestleMania 36. The company wanted Banks vs Bayley at Mania, but the decision was changed after some convincing that it was too early for that match.

WWE will still circle back around to Bayley vs Sasha Banks, but it might have to wait.

“They’re gonna re-do it [Bayley vs Banks feud] it’s probably SummerSlam or something like that. Some point in the next couple of months — slow build.”

Money In The Bank is now being promoted for May 10th on the WWE Network. No mention of a venue was made. The same could be true for SummerSlam if the novel coronavirus doesn’t lose steam.

WWE might have to nix their plans to hold SummerSlam in front of any kind of a crowd. Trump said in his call with the heads of every major sporting organization that they’re shooting for September as a date when fans can start attending events in America once again. Of course, nobody knows what is going to happen with COVID-19 at this point. They knew it was in America since January 20th, but they watched it spread rather than take action.