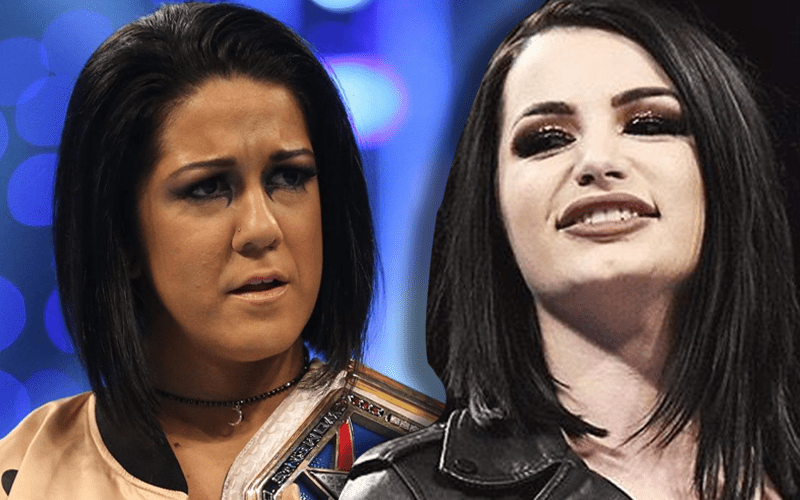 Paige tried to make Bayley’s WrestleMania match very difficult for her. After booking Bayley in a five-way elimination match, Paige thought that was enough to cause Bayley to drop her title. That was not the case at all.

Following her big win at WrestleMania 36, Bayley took some time to reflect on her match. She threw some major shade Paige’s direction in the process.

“Go get Paige right now, pull her up on the Titantron, go Skype her,” Bayley said backstage. “Go face-time her because that’s the only way she likes to communicate, right? Paige, I don’t care what match she has to make. I thought you (Kayla Braxton) were going to be in the match, where’s Renee Young, huh? It’s an open invitation, I would have whooped you too Kayla, tell Paige that.”

“There’s a lot going on, I had to face 4 other women and there’s only 1 of me, if you didn’t notice, including my best friend. That’s like a hundred people versus me. That’s a lot, it’s a lot of stress, I’ve had a big year.”

There were some big rumors that Paige might be nearing a return to the ring. She was medically disqualified from in-ring competition, but the company has gone back on their decisions in that regard since Paige’s career was prematurely ended. Perhaps Bayley calling her out will do the trick to get Paige back in the ring.