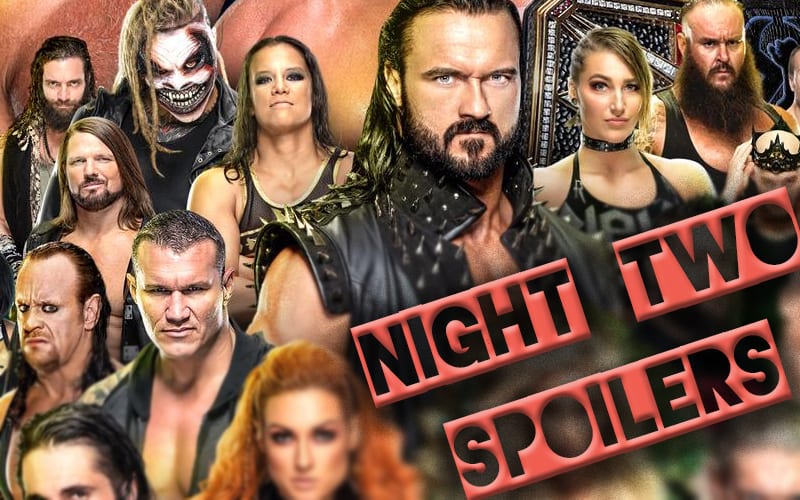 WWE was faced with a very difficult set of circumstances for WrestleMania 36. Vince McMahon carried on with the show of shows and he split it into two nights. We might have a better idea about what to expect on the second night.

Vince McMahon wanted to present a feel good experience for WrestleMania this year. There could always be exceptions, but the general feeling is that this year’s WrestleMania needs to make people happy.

Brock Lesnar vs Drew McIntyre is likely to main event the show of shows. The last we heard the plan was for Lesnar to drop the title to McIntyre. Brock Lesnar has gone above and beyond to put Drew McIntyre over during their feud.

Sasha Banks might have accidentally posted a post-WrestleMania photo early. She uploaded a picture of herself holding the SmackDown Women’s Title before promptly deleting it last night. This made a lot of fans wonder if The Boss is winning the gold tonight.

It was also speculated that Rob Gronkowski might end up as the WWE 24/7 Champion by the time the second night of WrestleMania is over. Mojo Rawley won the title during part 1 and Gronk didn’t look too thrilled about it.

There will likely be plenty of surprises, especially with the Firefly Fun House match. This match is expected to receive a full Hollywood treatment complete with camera tricks and anything else you can imagine.