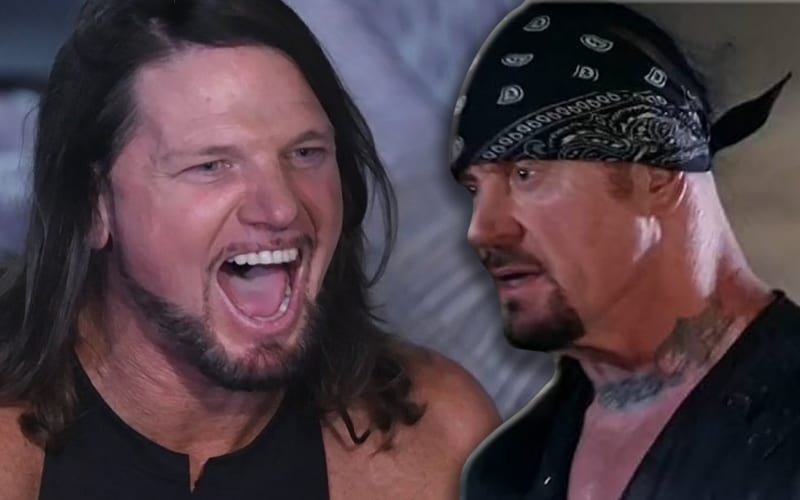 The Boneyard Match closed out the first night of WrestleMania. It took a lot to put that match together.

Click here for our complete coverage of Night 1 of WrestleMania 36.

According to What Culture, the Boneyard Match was filmed in Florida and it took five days to set up the production. When the time came, it took eight hours to shoot the whole match.

It was reportedly a positive experience for the production crew and WWE treated them well. They did put themselves at risk for this match, but the show was greatly improved by their dedication.

The AJ Styles glove coming out of the ground shot was pitched by The Undertaker. Triple H and Michael Hayes found a hand prop and they wanted to use it in the match. Taker figured out a perfect way to utilize that.