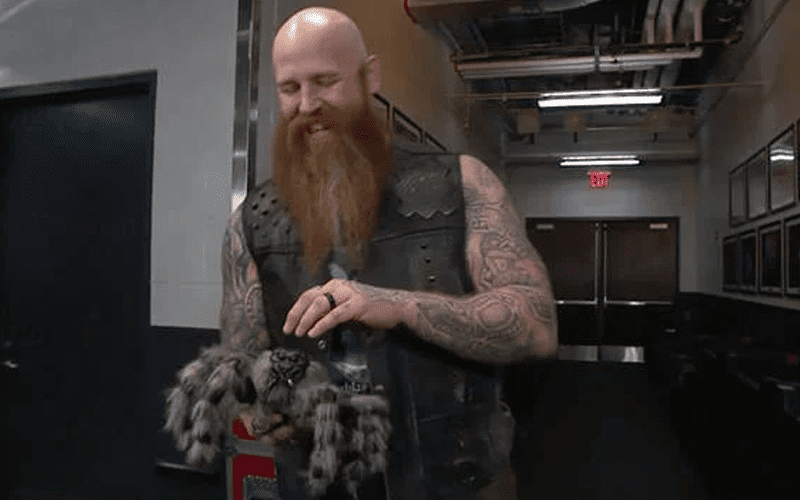 Erick Rowan was carrying around a big cage in WWE. The former Wyatt Family member beat down enhancement talents for weeks who dared to come close to his caged friend. Then No Way Jose simply asked him what was in the cage. That seemed to work.

Rowan revealed that he has a big spider in his cage. This was previously reported weeks ago by Brad Shepard.

Following RAW this week, Erick Rowan sent out a cryptic tweet. He’s apparently using spider analogies now so let’s hope he has plenty more where this tweet came from.

People that like to buzz around, usually get caught in a web. You know the rest!!!!

Following RAW this week Erick Rowan had a dark match against Drew McIntyre. He didn’t have the cage with him and fans chanted asking: “Where’s your spider.” You can click here for a video of that match after RAW this week.