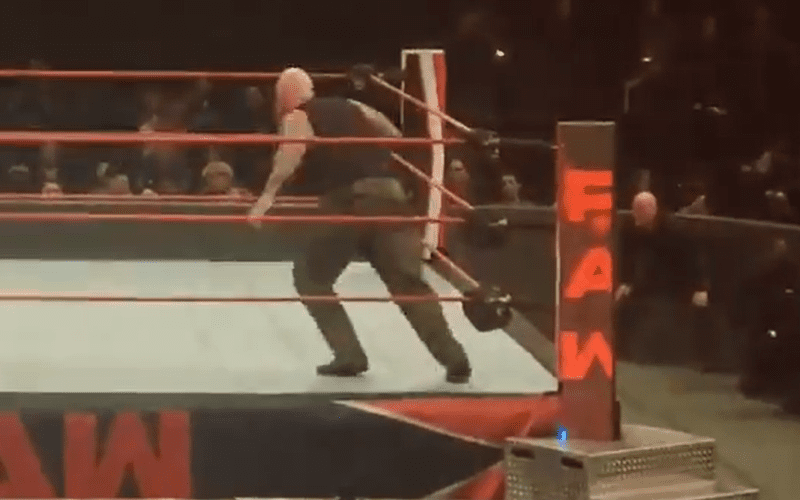 WWE Raw closed out the night with Randy Orton hitting Beth Phoenix with an RKO. Then the Brooklyn crowd got a little match to send them home happy.

Following WWE Raw, Drew McIntyre came out. He wanted to get his hands on Randy Orton. Then Erick Rowan came out instead. It didn’t appear that he brought his cage with him.

They had a short match and Drew McIntyre won. Then McIntyre grabbed the mic and thanked the crowd for coming out.

You can check out a clip from the match below. You can clearly hear the crowd chant “Where’s the spider?” at Erick Rowan. As Brad Shepard reported weeks ago, Erick Rowan’s mysterious caged friend turned out to be a big spider.