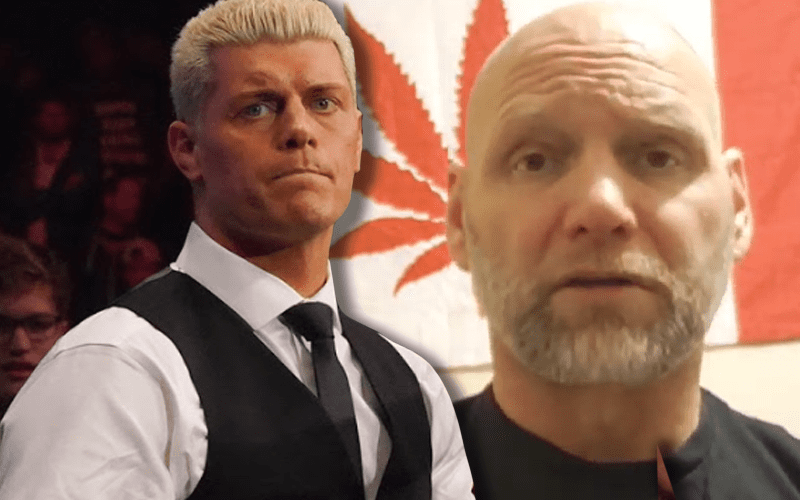 Venis expressed detracting views to how AEW is booking Nyla Rose, but the Big Valbowski doesn’t have time to argue. Cody Rhodes also suggests that people just not respond to what Val has to say.

The former 2x IC Champion heard what Cody Rhodes said about him. You can read all about it here.

Val Venis didn’t want to argue because he had work to do. Venis now runs a marijuana dispensary and serves his customers medicine with a smile. This is something Cody might not have realized when he commented saying that Venis was just trying to get work.

Ive actually got to go into WORK at the DISPENSARY now to SERVE human kind the very best MEDICINE god put on this planet. But make no mistake about it, Codys delusions have earned and deserve a FACT BASED RESPONSE. Stay tuned humanoids!

Val Venis wasn’t looking for a pro wrestling booking despite what Cody Rhodes wanted to believe in his response to Valbowski. It seems like this very controversial subject isn’t going to go away.

It also seems like Val Venis has a fact-based response ready, but he’s got work to do first.

Rhodes commented on AEW earning “woke points.” He said that their mindset shows through their weekly television show.

We’ll be paying very close attention to how they book Nyla Rose in the weeks to come. It’s not likely that AEW will be hiring on Val Venis or Jim Cornette. That probably includes their booking suggestions.

You can listen to Cody Rhodes’ comments about Val Venis and how people shouldn’t “hit the ball back” to him in the tweet below.