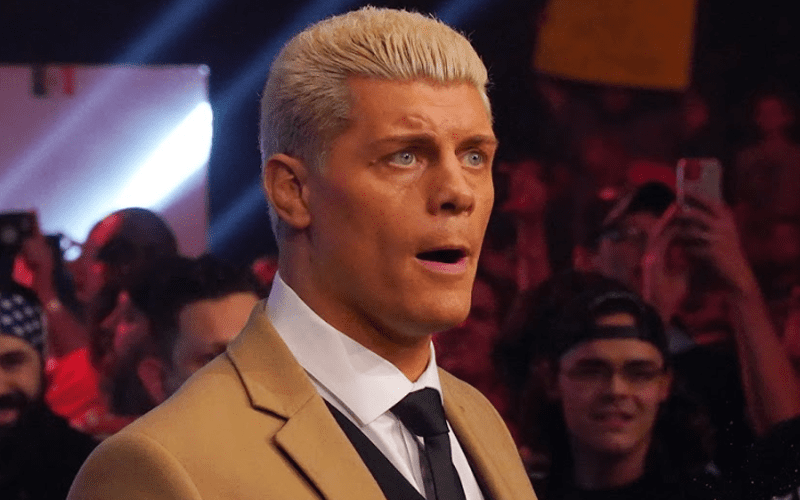 2020 is a very hard time to do anything because there are always going to be people analyzing intentions. A simple tweet about charity can be called out as “virtue signaling.” AEW is not immune to this either because they are constantly chastised for racking up “woke points.”

During a media conference call Cody Rhodes said he wants AEW to look like American does in 2020 with everyone represented. He was later asked how All Elite Wrestling avoids being criticized for trying to establish a woke mentality.

“Well I think you just have to lead with your content and your content speaks to who you are as a company. You know who’s out there front and center on Dynamite versus making a big marketing campaign. I mean there are plenty of things that you could make a marketing campaign around that still do mean good will and there’s nothing nefarious in that.”

“I think you have to lead with your content. I think that most viewers, you know we’ve got the youngest wrestling audience out of all the top 20 new cables series that we debuted with I think most viewers are smart enough to check a box for publicity’s sake versus just leading with your content.”

“That’s why you don’t see many statements made by the EVPs or Tony every week after a show because who we are shows every week on Dynamite. I think that’s how you avoid making it a PR shill vs no, this is the best quality because these are the best wrestlers and this is the best show.”

AEW Dynamite does present a unique pro wrestling show. Cody and the other AEW Executive Vice Presidents seem focused on putting on a show that represents what they want the company to be. It’s not about accruing “woke points” for All Elite Wrestling.