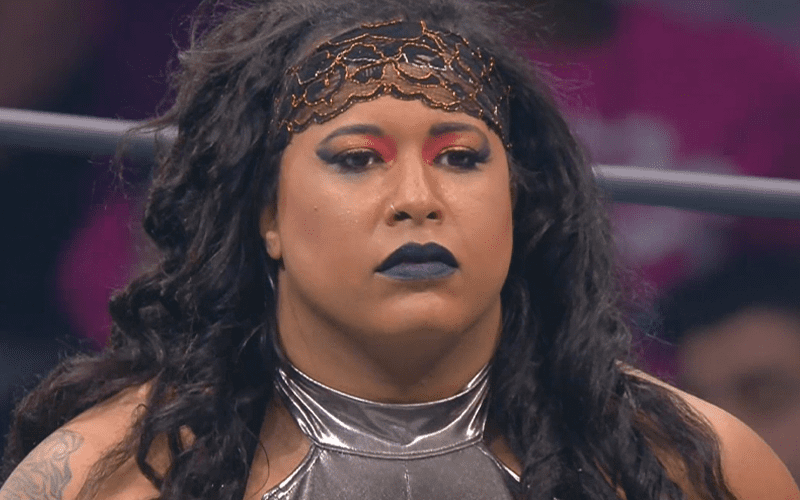 Nyla Rose is on a path to become a formidable force in AEW’s women’s division. Some fans have been very vocal about the fact that she is transgender.

Although a majority of the fan base has accepted her with open arms, others are not too eager to accept Nyla Rose. While speaking to Women’s Wrestling Weekly, Nyla Rose addressed those people who have yet to accept her. When given the opportunity to have an open platform to address these people she had a lot of education to impart.

“You know, I’m definitely tired of it, but I get it. It’s new for alot of people, it’s a very new thing, it’s a new world, it’s a new experience, I get it and it’s new for a lot of people. Especially alot of cisgendered hetero normative people who don’t have to think about these sorts of things.”

“So, I think alot, that’s where alot of people get hung up on, because their so quick to lump transgender performers in with you know, lesbians, gay, bisexual performers, but, yes, LGBTQ community is one community, but these are two different things.”

We will have to see what Nyla Rose is able to do in AEW. She is playing a great heel and has a lot of witty retorts on deck just in case someone wants to test her verbal skills. In the end, if people hate her she wants it to be for her performance and not because of who she is as a person.