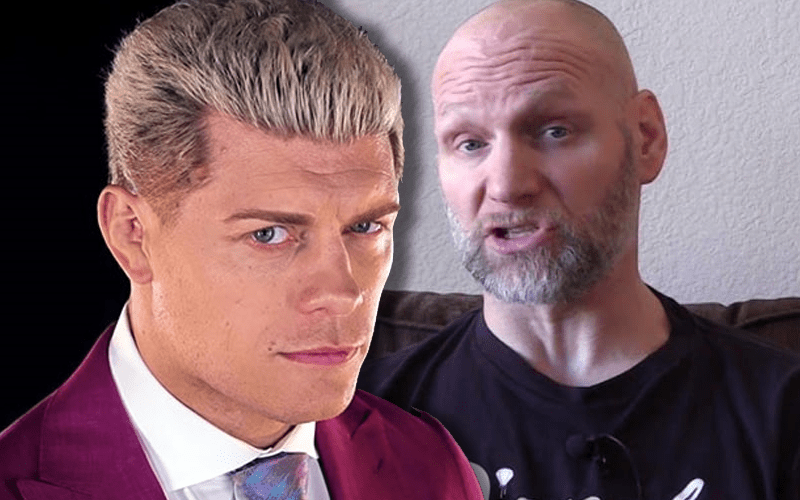 Rose’s transgender status caused people like Val Venis to comment and spark a larger social discussion. He isn’t a fan of how AEW is booking Rose, but he has no problem with her which he has stated in the past.

During his media teleconference, Cody Rhodes was asked about what Val Venis said about Nyla Rose. The American Nightmare was very direct as he is “disappointed” in the Big Valbowski. He also said that AEW has no plans to ever book him.

“I think it’s disappointing if you’re perhaps someone who grew up liking Val Venis, you know. I don’t know. He’s kinda like the Disco Inferno of WWE. I don’t know if anyone knows who Val Venis is anymore. It’s disappointing because I don’t think he actually means the terrible things he puts in writing. I think he’s just trying to get a booking. We’re not booking Val Venis and you’re not getting booked anywhere near us.”

Val Venis doesn’t wrestle very much anymore. He only took two pro wrestling bookings in 2019. Venis is currently busy running a marijuana dispensary and he is also involved in trading cryptocurrency.

Cody went on to say that the real way to end the bigotry, negativity, and transphobia is “don’t hit the ball back.”

“When you hit the ball back you’re giving him oxygen and I’m not giving Val Venis any oxygen about Nyla Rose. Nyla Rose won the AEW Women’s Championship because she was the best woman in AEW and that’s just it. So, yeah, I think we should all just stop hitting the ball back to these people. It’s 2020 everyone should love everybody, you know what I’m saying? In some capacity — I know it sounds super hippie of me, but it’s just how I feel today.”

AEW’s existence has already evolved the entire pro wrestling scene. Cody Rhodes’ defense of Nyla Rose is steadfast as she does represent the company as their champion. It will be interesting to see how AEW’s stance in this larger topic will further change the pro wrestling landscape.