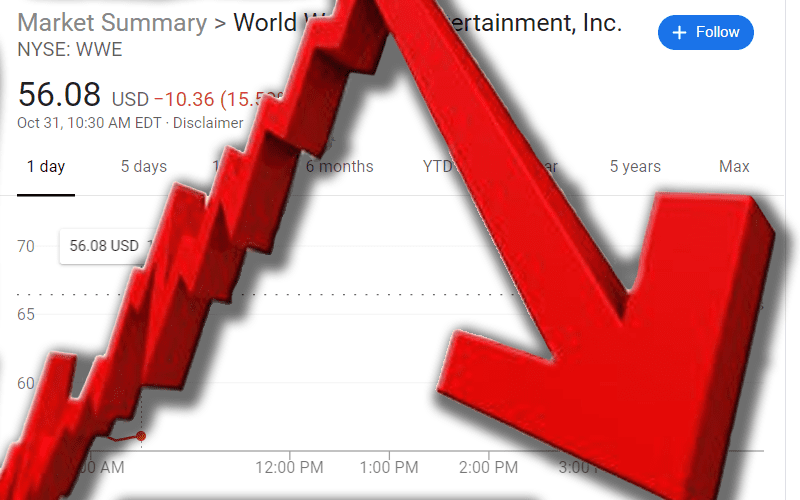 Remember when WWE’s stock was around $100 a share and executives unloaded a ton of stock? They continued to dump stock in exchange for big money. It’s a good thing they did it when they had a chance.

As of this writing, WWE’s stock has dropped over 15% since opening this morning. It is now at $56.08 after losing $10.33. This came after the third quarter earnings call.

Michelle Wilson and Georgia Barrios will hold a call at 11:00 AM to explain their position. We previously reported that the WWE Network profit is down a ridiculous number and that was just one of their many losses.

Let’s hope they can turn this around. Vince McMahon won’t be on that call since he’s in Saudi Arabia.