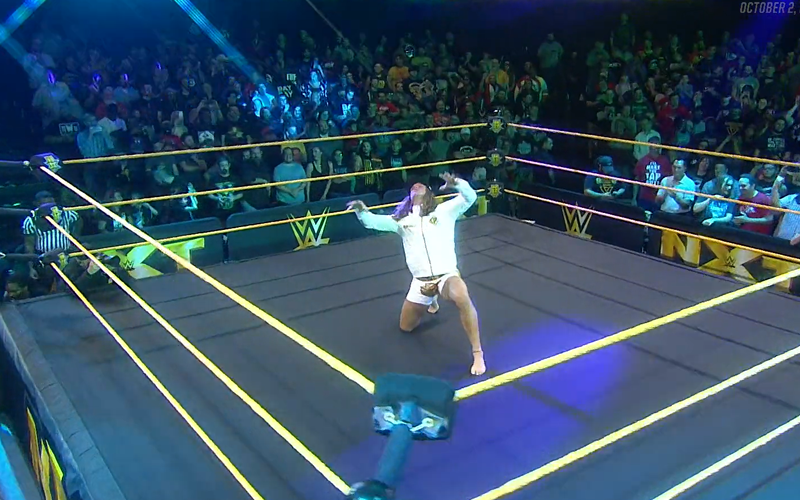 WWE started a new era when they put NXT live on the USA Network, but Full Sail Arena might not be the right place for this show.

We previously reported that AEW toppled NXT in the ratings in a big way. The casual fan will take a look at both programs and see that AEW is taped in front of thousands of people while NXT is in a smaller studio set. This difference between a new arena every week and the same 400 seat venue was instantly noticed, especially by WWE.

The Wrestling Observer Newsletter reports that WWE realizes that they needed to move out of Full Sail Arena. In fact, they reportedly didn’t get through the first show before coming to that conclusion.

If you’re looking for a time, it was 72 minutes before my first text from someone in WWE that, “We’ve got to get out of this building.”

We’ll have to see how long it will take before WWE starts booking larger venues for NXT’s live USA Network show. It will certainly make the Wednesday Night Wars very interesting.

WWE might have congratulated AEW for a successful first show, but it’s a marathon and not a sprint. That being said, WWE isn’t giving up on the Wednesday Night Wars just yet.