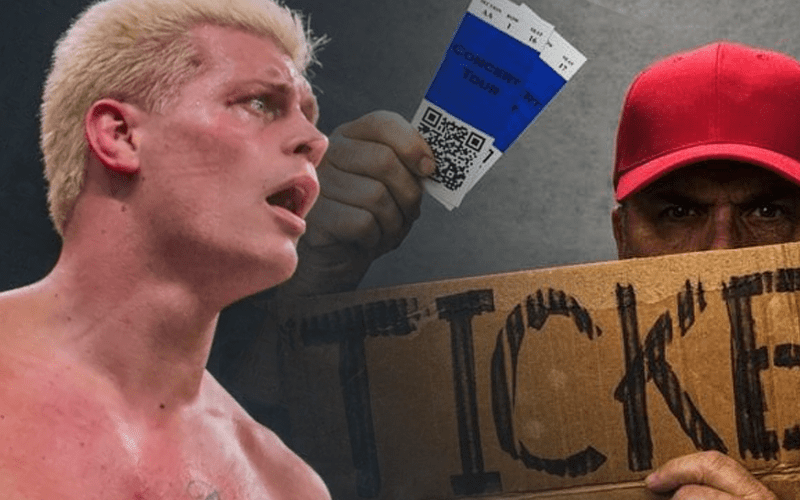 All Elite Wrestling: Dynamite will premiere on TNT this Wednesday, but even before we knew what the name of the show was the event was sold out.

The Washington DC debut of AEW: Dynamite sold out in around 15 minutes, but it could have been quicker if Ticket Master didn’t crash so many times. It turns out that the huge demand was the passionate AEW fans, yes, but also scalpers in a big way.

Tickets that scalpers were unable to sell are now flooding the market and Ticket Masker is listing verified resale tickets at the original value or even less in some cases. The concerning thing is how many available tickets there are left.

There will be open sections of seating all around the Capital One Arena which is disappointing. Some scalpers might have created such a panic that it caused actual AEW fans to decide against even going at all.

The fact that scalpers loading the secondary market with tickets backfired caused others to cease such activity for future events. This is a huge reason why AEW television events suddenly stopped selling out in such rapid time. Their pay-per-view events are a different story as they will likely always be a hot ticket.

Now Ticket Master is using software to help stop scalpers from taking this kind of advantage over AEW fans again. One good thing is it helps AEW properly gauge their fan base and another is that real fans can get tickets directly through Ticket Master. Some scalpers had to lose big money first though.

All Elite Wrestling will still be presenting a loaded card for the Capitol One Arena which will be practically packed. Even if they don’t have a butt in every seat they will still have loads more than NXT will have at Full Sail Arena.