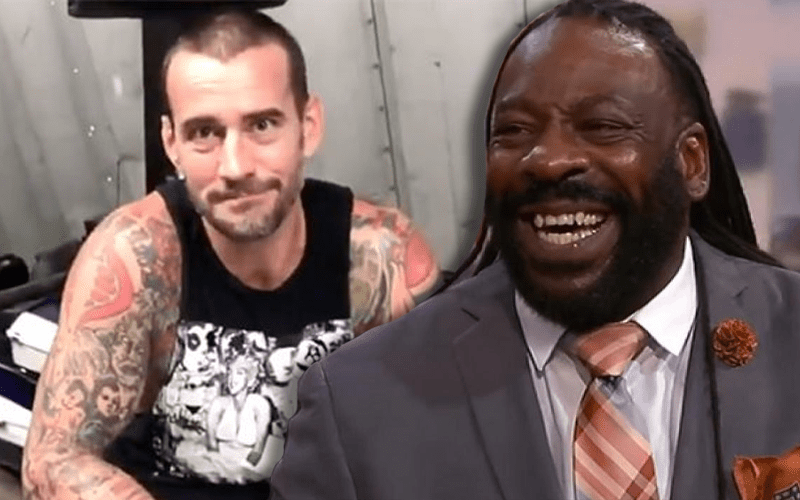 CM Punk’s name is coming up all over the place now and the rumor mill is going at full force now. He could be coming back into the WWE Universe as he joins WWE’s upcoming FS1 show “WWE Backstage.”

Nothing is set in stone or even announced, but CM Punk did have a tryout last week with Renee Young for the upcoming show.

Booker T is currently the co-host on the show and he’s the name that was made official. If you ask him, he hasn’t heard anything about CM Punk coming aboard. He let everything out that he knew during his Hall Of Fame podcast.

“Look man. Me and Punk, you know, we had no beef or anything like that when he was in WWE. I remember when I brought CM Punk down to Reality of Wrestling when he was a young, young kid. And now, he’s a big star now, you know, CM Punk. And for the last five years now, he’s been on a hiatus. You know, he had the MMA run with the UFC. I know he’s doing some commentary now with MMA. And you know, for him to step back into the world of wrestling, it’s something that I never thought I’d see because when CM Punk, he seemed like that guy that when stepped away from it, he said, ‘I’m done with professional wrestling, and I never want to see a professional wrestler ring ever again.”

It is totally plausible that CM Punk tried out and Fox Sports went with Booker T instead. Not a lot of people have considered that idea, but Dave Meltzer did say that CM Punk is likely to get an offer to do the show.