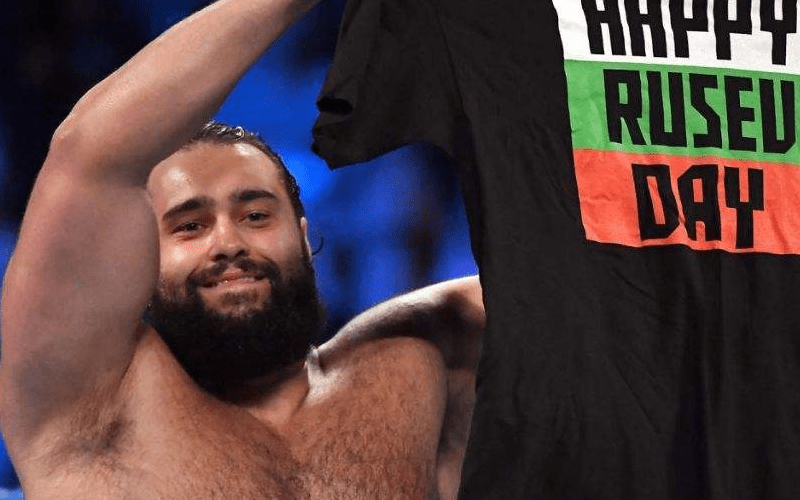 Today is a very special day for Rusev because it is the two-year anniversary of the creation of Rusev Day. Now he is celebrating with some very deep tweets.

The Bulgarian Brute just came back to WWE television after taking a good amount of time off. He slimmed down and got in amazing shape. Now he is ready to take the world by storm once again.

To celebrate the second anniversary of Rusev Day, he tweeted out a message that they will continue to fight on and survive.

We will not go quietly into the night!

We will not vanish without a fight!

We’re going to live on!

Today, we celebrate our 2 year anniversary of #RusevDay

A lot of people were concerned about Rusev’s status with WWE for a bit of time during his hiatus. He didn’t seem too thrilled about the direction of his WWE career either.

It seems as though a lot of what was bothering him is now in the past. He sent out another message discussing life’s adversities, but though everything he will continue to celebrate Rusev Day.

The world ain’t all sunshine and rainbows.I don’t care how tough you are it will beat you to your knees and keep you there permanently. But it ain’t about how hard ya hit. It’s about how hard you can get hit and keep celebrating 2year #RusevDay anniversary

We didn’t get much momentum in Rusev’s storyline with Mike and Maria Kanellis this week after last week’s episode of RAW brought a response from Maury Povich.

We’ll have to see what is next for Rusev at this point, but in the meantime we can all still celebrate Rusev Day.