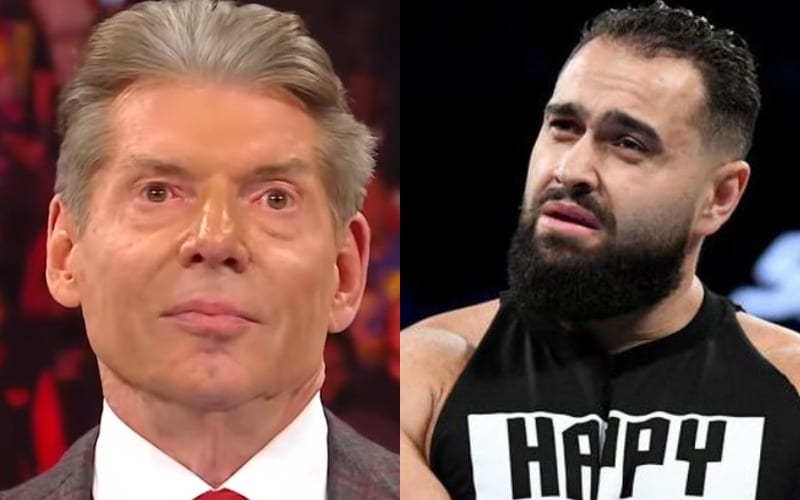 Rusev entered WWE’s developmental system in 2010 and four years later he saw his main roster debut. He was once riding into WrestleMania on a tank and now he is limited to a great extent.

Chasing Glory recently captured a rare moment with Rusev where he opened up about his position in the company. He isn’t negative about it, but doesn’t see much hope. He continues to work to provide the best Rusev he can be, but WWE doesn’t seem to be noticing all of the hard work he is doing.

“There’s nothing negative. I fight for everything it’s not like it may have come out wrong. I’m not sitting back like, ‘It is what it is’ because that’s the truth I’m not even going to work our or wake up in the morning and do cardio, any of this. I do want to look my best, I do want to be my best. Because I wanna be WWE Champion. I wanna be on top, I don’t wanna be forgotten.”

“That’s what me is that I do all these things, but nothing changes. That’s where the frustration comes. So what am I supposed to do then? Cut my hair. I did that. I was not a good decision, I love the short hair, but I got a few phone calls about it.”

“I’m just trying something. This or that to try and catch Vince’s eye. Something we go, we pitch, we talk, he just never comes to anything.”

“[Things] do come in waves. I was here and then for the next five years I was you know, and eventually I will do one of these [motions up] like a hump, not even a wave and then right back down.”

“I think that it was WrestleMania last year when the whole Rusev Day thing started and I thought it was my time. I keep pushing for it to be my time and I keep talking to everybody, but nobody wants to do anything.”

“I mean it’s very but still as frustrating as it is it’s like, ‘Alright, let’s go to the gym. Let’s get better. Let’s do whatever we can. Let’s get this Trifecta meal plan on, let’s get that, let’s a trainer, let’s try freakin’ CrossFit!’ Holy crap, CrossFit! It’s terrible! I’m doing that now. Anything to look better so you know eventually… cause I don’t know what is holding me back, to be honest. I really, really don’t.”

It might seem a bit eye-opening for Rusev to unload like this, but we could have seen it coming. Ringside News reported last year that Rusev approached WWE about a release from his contract.

Rusev has noticeably slimmed down and fighting at his lightest ever. In spite of that, Rusev still finds himself wanting more from his job in WWE.

With so many options in the professional wrestling world opening up, it would be hard to say no to having a guy like Rusev on your team. Rusev is still passionate about professional wrestling and willing to do what it takes to be noticed. Only time will tell if WWE will realize what kind of man they have in Rusev before it is too late.