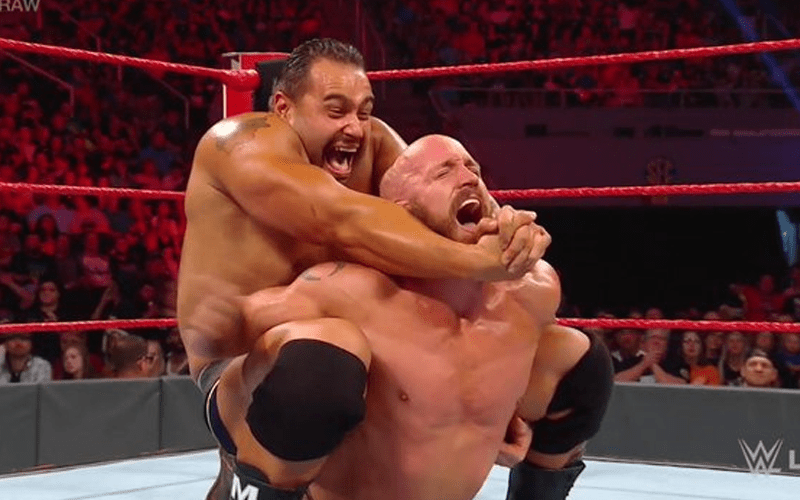 Rusev hasn’t been seen on WWE television in quite a while. He’s been off for months and gotten in amazing shape in the process. Tonight was the night when the Bulgarian Brute finally made his return.

This all started with Mike and Maria Kanellis’ baby gender reveal. They’re having a boy, but then Maria revealed that the father was actually Ricochet. Mike demanded a match against Ricochet, which the One And Only won. Then things got even worse for Mike Kanellis.

Maria Kanellis appeared on the ramp and chastised her husband in a big way. Then she was about to reveal who the baby’s real father is and Rusev came out.

Rusev destroyed Mike Kanellis around the ring and then they had a match that lasted about 10 seconds. Rusev looked amazing and yes, he’s still got a mustache, but he’s also shredded.

Let’s see what’s next for Rusev, especially considering the fact that now he’s apparently the father of Maria Kanellis’ baby.