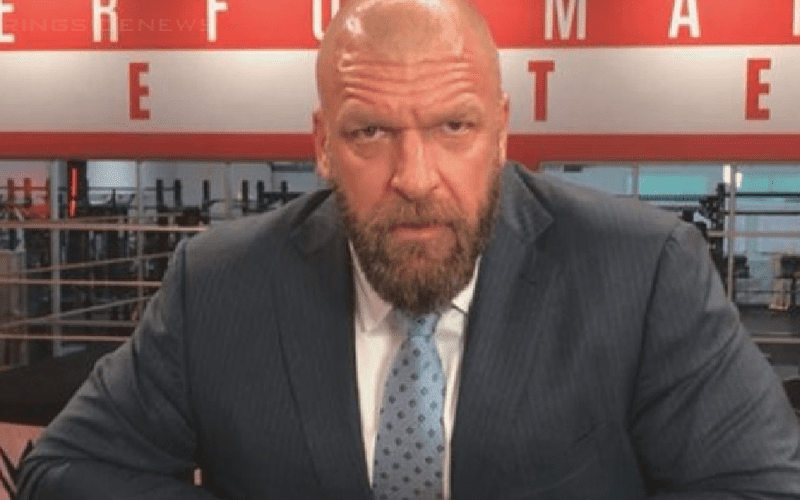 We previously reported WWE’s plan to move NXT to FS1 and make it a two-hour live show. Triple H wasn’t game to talk about it though.

During his teleconference with the media, Triple H was asked about the possibility of splitting NXT into two shows. One would stay on the WWE Network while the other moves to FS1. He really didn’t seem eager to let anyone know what was going on, but he did give a lot of hints that they were talking about a number of possibilities.

“There’s always planning […] there’s always a changing landscape. There’s always a where we… the internal discussion here of where content goes is constant, right? We look at this kind of wheel of options of distribution that we have across all platforms whether that be television or platforms like that like being a part of that world whether that be a you know a Facebook or something like that or USA or Fox… there’s our digital presence as you know 1 billion social media followers #1 for sports, #2 I think overall now in the world out of anything on YouTube.”

“So digital or VOD our Network the direct to consumer. There’s this big wheel so where you put content at all times is a constant debate. How much content? What content? We’re constantly working on it. There’s plans, you know over the short run and there’s plans in the long-run, but it’s constantly bring evaluated.”

“When it comes to NXT, the reason I speak cryptically about it is because there’s a lot of exciting thoughts and ideas out there. We’re constantly debating on an ebb and flow on where things go and land and I think you know there’s a lot of thought that goes into all of it because they all affect each other and you’d want to put the right amount of stuff on each piece of the wheel to make sure that you’re getting the maximum out of all of them.”

This move to FS1 could be a big deal for NXT Superstars as they find a much larger audience. It will also be very interesting to see how they arrange it with their current WWE Network incarnation of NXT.

Triple H did want to make it very clear that if anything, AEW is counter-programming NXT because they were there first.

Either way, Triple H certainly gave a lot of hints that WWE is making plans. So we should know the extent of those once they’re ready to drop some official plans on the public.