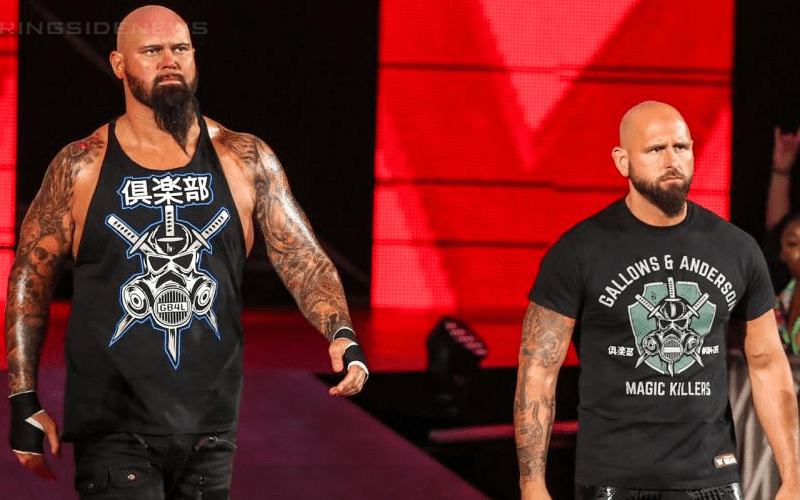 AJ Styles surprised a lot of fans when he turned heel on Raw this week. Luke Gallows and Karl Anderson were right there as well and reformed The Club as they too sweeted in the middle of the ring to close out the show.

Raw was pretty great this week — get the full results here.

Dave Meltzer noted on Wrestling Observer Radio that Luke Gallows and Karl Anderson are not leaving WWE. He made this observation by the fact that The Club is now back together.

In this instance, “going nowhere” means that they aren’t leaving WWE. While we have yet to hear any report at all that WWE has been able to convince the Good Brothers to re-sign their contracts it’s definitely looking likely now. Because WWE just gave them a huge push.

Then again, the RAW Tag Team Champion, the Revival who didn’t appear on Raw this week at all for some reason apparently have yet to re-sign WWE contracts. Just so we’re all keeping track.