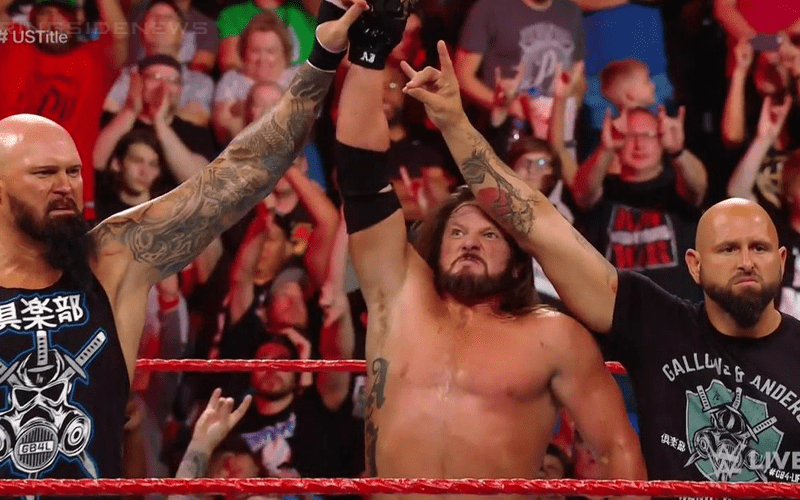 AJ Styles had a good run as a babyface, but that didn’t last forever. Besides, AJ Styles makes a pretty great heel too.

Ricochet put his WWE United States Title on the line against AJ Styles tonight on Raw. This match had to be restarted after Ricochet’s foot was under the ropes. Then Ricochet won the second fall that actually counted.

After the match was over, Styles turned on Ricochet in a big way. After delivering plenty of punishment, Styles hit a top-rope Styles Clash with the assistance of The Good Brothers.

Raw ended this week with Gallows yelling: “We’re back!” as they all did the Too Sweet in the middle of the ring over a beaten Ricochet. So AJ Styles is a heel yet again and The Club is back together as well. Kudos, WWE.