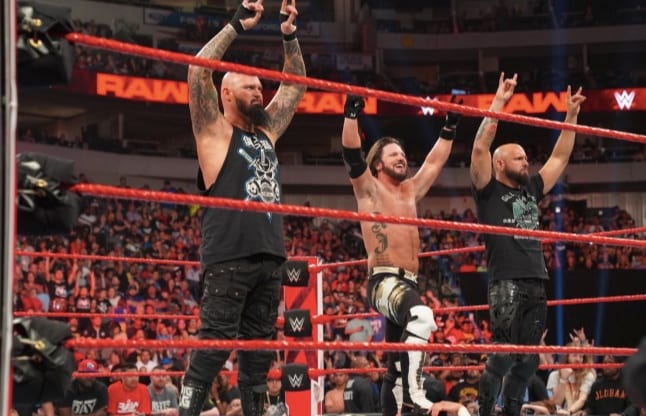 The heel turn of AJ Styles and the general reunion of The Club served as one of the highlights of Monday Night RAW last night, with many fans believing that this is going to inject new life into all three men as we look ahead to the future.

The Club had some success a few years back as a trio, but now, it seems as if the pieces have fallen into place perfectly for them to really push on and become one of WWE’s most effective factions of the last few years.

That may sound a little bit presumptuous, but nobody can deny that they made one hell of an impact last night after attacking fan favourite Ricochet.

The Club is quite clearly read to make a statement or two over the coming weeks or months, and we’re really interested to see just how much WWE decides to push them up the card.

It’s not ridiculous to suggest that AJ Styles could once again become a player in the world title scene because of this, to the point where another reign with the WWE Championship (or a first reign with the Universal Championship) would be pretty intriguing with Gallows & Anderson by his side.

The general speculation as of late has been that Gallows & Anderson would be leaving WWE once their contracts expired in order to jump ship to All Elite Wrestling, but now, this new storyline may have thrown a spanner into the works in regards to those plans.