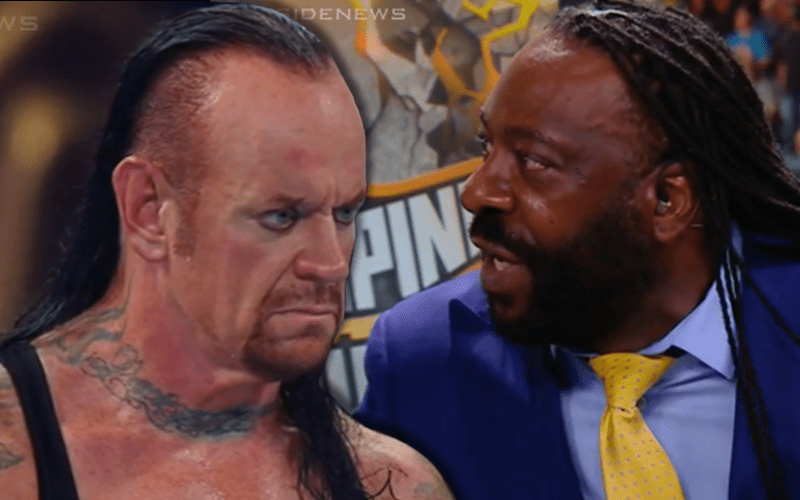 The Undertaker made a big surprise return at WWE Monday Night RAW this week. Nobody saw this coming, but maybe it wouldn’t have happened so soon if it weren’t for the Super ShowDown.

Booker T speculated on his Hall Of Fame Podcast that Taker came back because he had a “bad taste in his mouth” due to the tragic Super ShowDown main event match with Goldberg.

“The Undertaker made his return back to the ring tonight on Monday Night Raw, saving Roman Reigns from Shane-O-Mac and Drew McIntyre, The Scottish Psychopath.”

“No one thought that they would see The Undertaker this soon after Super ShowDown, in what we would call, ‘the incident.’ No one thought we would see him this soon, but me personally, I think Undertaker was thinking, ‘Man, I gotta go get this bad taste out of my mouth. I gotta get rid of it and do something to make me forget.'”

Of course, the more likely answer is that The Undertaker got a call from Vince McMahon to come back so soon because the ratings have been tanking and Stomping Grounds did scary bad.

The Undertaker still means ratings and his name is a draw. Another bonus is that it could help jump-start The Dead Man’s WrestleMania 36 program.