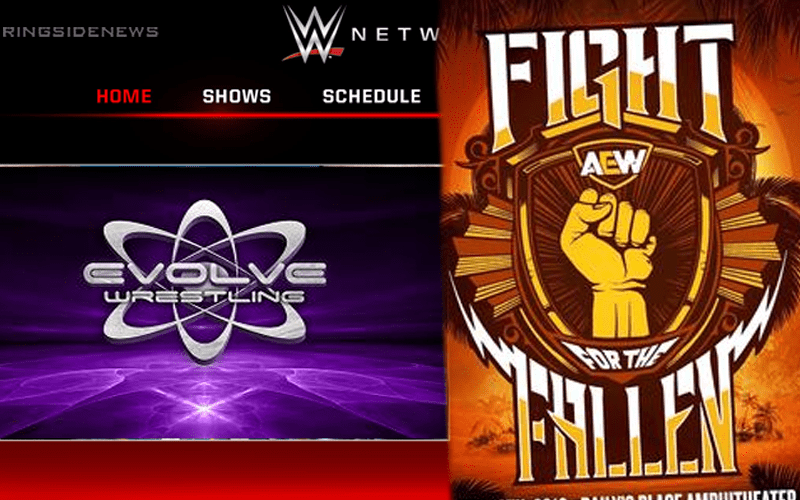 WWE has the ability to put whatever they want on their WWE Network. They own plenty of libraries of footage that they haven’t put on the Network yet and have partnerships with other companies that would probably love the exposure.

Now it looks like WWE Network is getting a little closer to showing current non-WWE content on the network.

The Wrap reports that WWE Network is slated to air the upcoming EVOLVE 10th Anniversary Celebration show aka EVOLVE 31 on July 13th. Adam Cole will be making a special appearance during the show where he will defend the NXT Title against Akira Tozawa.

In case you’re keeping track this is the SAME DAY as AEW Fight For The Fallen.

Many current NXT Superstars had a lot of involvement with EVOLVE as they are a company who has fed plenty of Superstars up through WWE’s developmental system.

There was no mention of future EVOLVE events being made available through the WWE Network, but the 10th Anniversary Event could be a very good first try to gauge interest in that new tier system we keep hearing them tease.

This is also very interesting considering the timing of this WWE Network special and AEW’s July event. It looks like shots are definitely being fired.