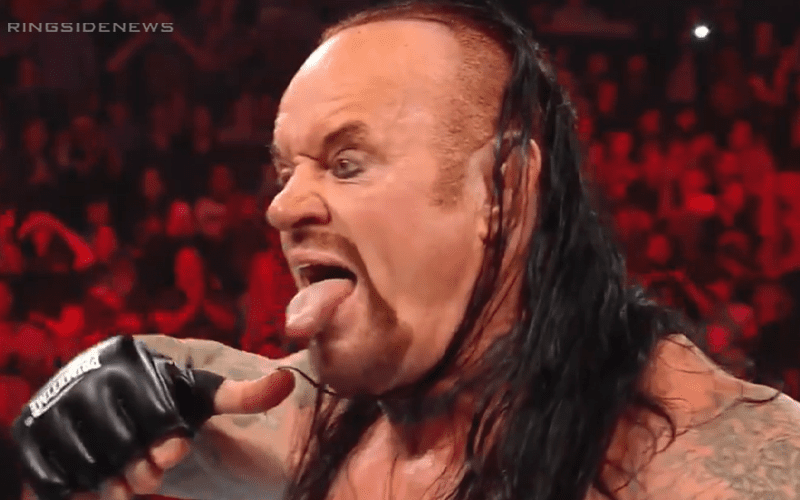 The Undertaker showed up on Raw this week and a lot of people were very surprised to see him. Taker took out Shane McMahon and Drew McIntyre to save Roman Reigns and plenty of fans were left wondering what was going on.

If you want our full Raw results you can click here for that.

WWE needs to pull in more viewers. Their ratings haven’t been very good and Vince McMahon is trying everything he can to secure fans. Therefore, he is trying new things such as not having any wrestling during commercial breaks. He also apparently called The Undertaker.

Jessi Davin, a popular member of the IWC tweeted out: “WWE RAW ratings suck. You know what that means” along with a hand pushing a button that says “Undertaker” on it.

This is very notable because Michelle McCool, The Undertaker’s wife liked Jessi’s post. Therefore, this gives even more weight to the idea that WWE simply needed someone to help boost ratings so they called The Dead Man.

We will keep you updated as more information is made known about this on-going story.

It appears that The Undertaker might be tagging up with Roman Reigns to take on Shane McMahon and Drew McIntyre at Extreme Rules, but that is merely educated guessing at this point because everyone was surprised by The Undertaker’s sudden appearance in Washington during Raw.