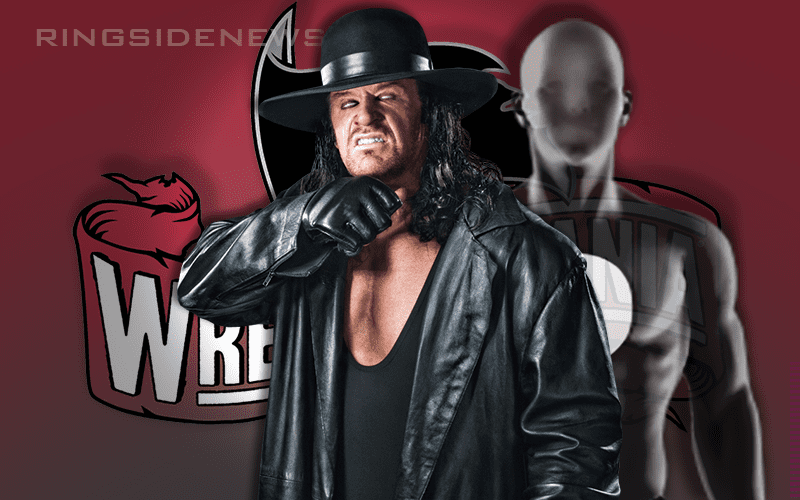 The Undertaker made a surprise return to WWE this week on Raw that caught a lot of people off-guard. Now a big tag team match is set for Extreme Rules.

At this point, The Undertaker can pick a lot of his own spots in WWE. He obviously returned so soon because WWE needed him, but he had to like the story too. This is apparently setting up much more than just an Extreme Rules match

Brad Shepard reported on Oh, You Didn’t Know that The Undertaker has hand-picked his WrestleMania 36 opponent. That man is Drew McIntyre which works out for a couple of reasons.

“According to a source in WWE Drew McIntyre is currently scheduled to be The Undertaker’s opponent at WrestleMania 36. They decided to start the program early to boost ratings which is why you saw Undertaker on Raw this past week. Shane is likely to play into it somehow.”

“I’m told The Undertaker hand-picked Drew and it works out well for Drew because they had no creative plans for him after Roman.”

We will have to see if Drew McIntyre and Shane McMahon will be able to defeat The Dead Man and The Big Dog at Extreme Rules. Hopefully, WWE will be able to arrange this story so fans will still care about Taker vs McIntyre if that is their plan.