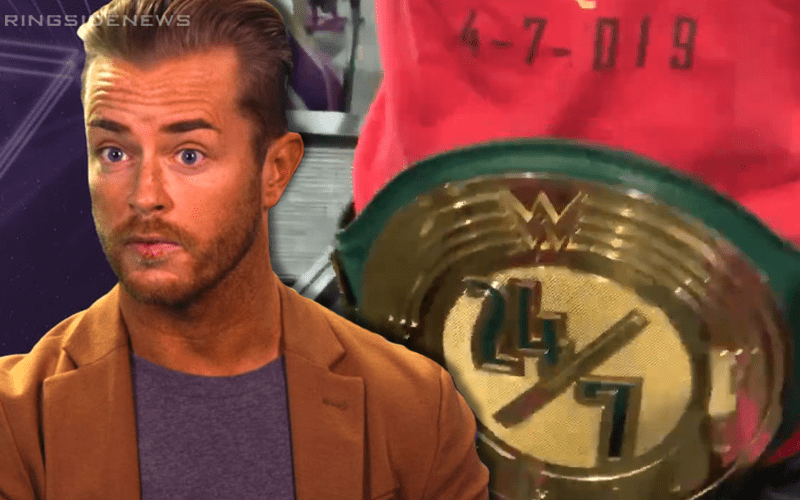 Drake Maverick’s chase the WWE 24/7 Title legitimized it in a lot of ways. Then as almost a wedding present from WWE, Maverick finally became the WWE 24/7 Champion on SmackDown Live this week.

Maverick is getting married this weekend and WWE is reportedly planning on filming some 24/7 Title material in Florida as well. If this means that Drake’s wedding or reception could get crashed by an impromptu title match and that just might be hilarious.

EC3 is supposed to be Drake Maverick’s best man as well and he recently donned a referee’s shirt and booked a six-man tag match in Weekend At Bernie’s style on RAW this week. So he might still have the power to officiate.

All of those things could be the recipe for a wedding nobody will ever forget. Let’s just hope Drake’s bride-to-be is okay with this if they really do plan on crashing her wedding with a 24/7 Title match.

In the meantime, Drake Maverick isn’t going anywhere without his WWE 24/7 Title. He even used it like a weight belt in the gym as he did some cardio today.

Nobody jumped up to challenge him in the gym so far, but you never know what can happen on the happy day coming up for Maverick this weekend.