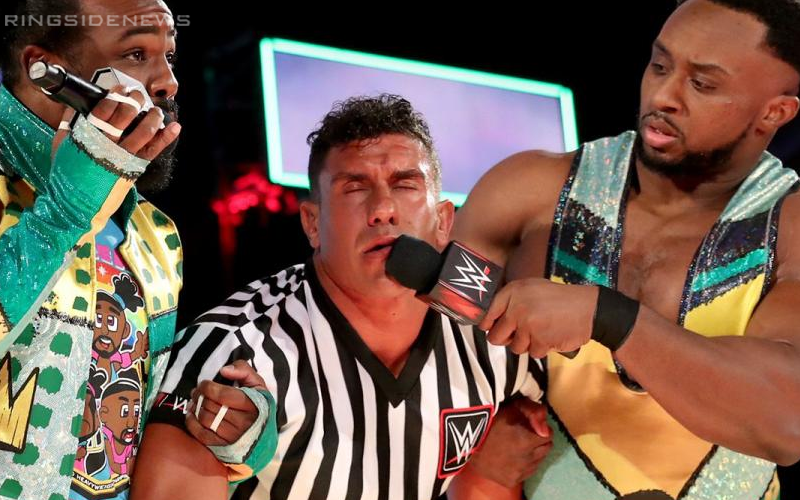 EC3 had a lot of potential when he came up from NXT and then he had the unlucky fortune of beating Dean Ambrose during his farewell run in WWE.

Jon Moxley spoke about EC3 and what killed his push in the company. He couldn’t make the crowd boo Mox and cheer him, so Vince McMahon pulled the feud and he must still hold it against Ethan Carter III.

EC3 appeared briefly on WWE RAW this week and he ended up playing Bernie in a “Weekend At Bernie’s” parody. However, as he made everyone laugh, EC3 was suffering inside.

Every time I make you laugh, I suffer more inside

This is quite a telling tweet that the former Impact Wrestling Champion sent out. It might be nice to see EC3 get a push, but at least he is game to do anything on-screen. So hopefully, that will translate into another chance eventually.