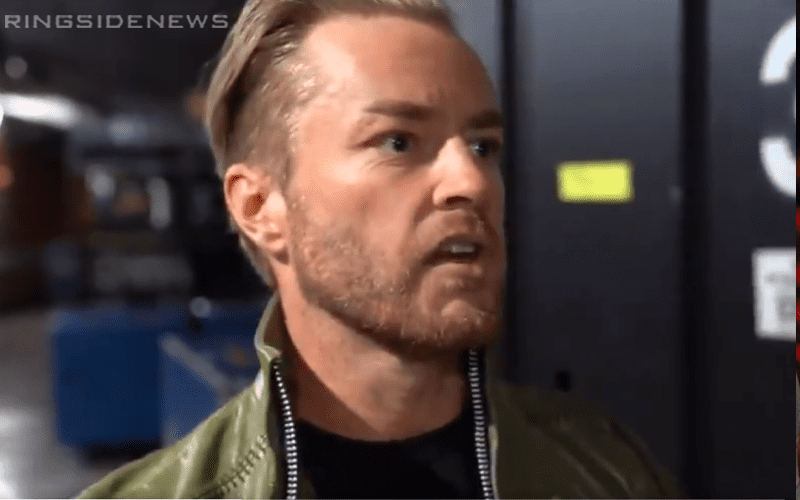 R-Truth is the WWE 24/7 Champion, but he spent this weekend hiding out in a crate. That won’t stop Drake Maverick from continuing his search.

Drake Maverick is very persistent when it comes to the WWE 24/7 Title. At this rate, he almost has to pick up the title sooner or later. He looked through boxes during rehearsal before WWE RAW tonight and he found quite a shocker at the end.

We know it was rehearsal time because you can clearly see that the big screen above the ring says “rehearsals” in front of a color bar.

Drake Maverick’s search for the WWE 24/7 Title is pretty great at this point. He ran around the backstage area and opened up to 300 boxes in total. Then Sarath Ton opened a box and was shocked to find that Truth had filled up the box with the wanted posters that Maverick was putting up all over the place.

It was a pretty entertaining video which you can check out below. Maverick’s pursuit of the WWE 24/7 Title is quickly becoming one of the best parts of the main roster.