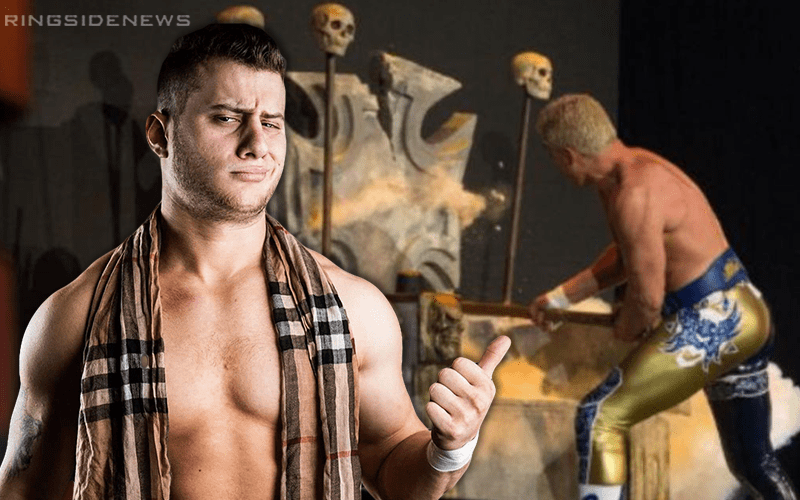 AEW Double Or Nothing had several memorable moments, but one that will stick in a lot of fans’ minds is when Cody Rhodes smashed a big stone throne with skulls on it. This was seen as a gesture toward Triple H by many, but Cody didn’t intend on that according to his best friend MJF.

While speaking to Wrestling Inc, MJF revealed that Cody didn’t mean to stir the pot at all with that throne smashing bit.

Cody Rhodes later explained that he wants to be more of a wrestler than an executive which is something he is seeking out to accomplish. Therefore, smashing a throne that looked a lot like Triple H’s might have seemed like a shot, but it was just Cody making a statement for himself.

“I think the statement Cody was making was for himself and if you listen to the post fight interview, he wasn’t digging anyone. He wasn’t trying to stir the pot. That was for himself and was a cathartic thing for him. …Cody Rhodes bared his soul at that PPV and that’s why everyone in that audience was standing at the end and bawling their eyes out.”

AEW is building something that will provide a legitimate alternative to WWE. It’s been a long time since another company had a real shot at gaining momentum on WWE, but they’re doing pretty good so far.

No matter why Rhodes decided to destroy a throne that looked a lot like Triple H’s at AEW Double Or Nothing, it was still a fantastic reason to put out another t-shirt.