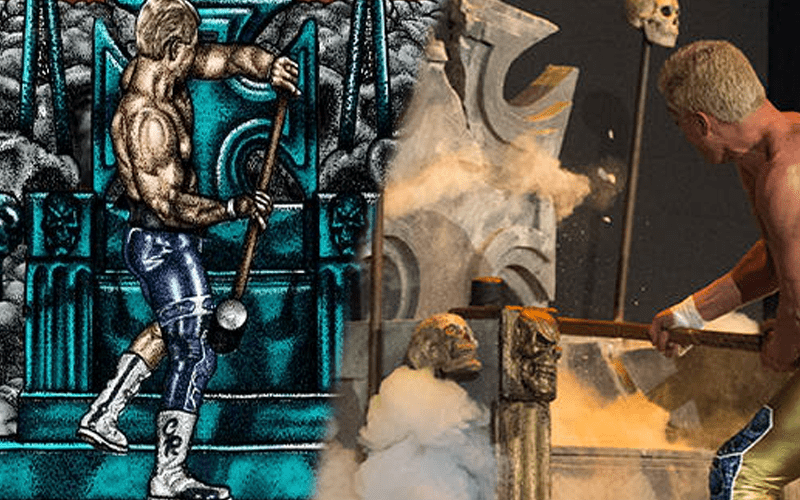 Cody Rhodes and Dustin Rhodes had an epic bloody battle between brothers at AEW Double Or Nothing. Before that contest, Cody Rhodes kicked things off by smashing a throne with a sledgehammer.

The symbolism in this action was obvious. The throne looked like something Triple H would sit on during a WrestleMania entrance, but nobody was in it. Instead, Rhodes destroyed the throne with The Game’s weapon of choice.

This caused quite a stir in the IWC and some considered this a big shot taken at Triple H and WWE. Later on, Cody said that it actually represented the fact that he intends on being a wrestler first and not an executive.

Either way, the AEW fans were obviously into seeing this angle at AEW Double Or Nothing. Now it is immortalized forever on a t-shirt.

You can check out the new merch below to come out of AEW which is way more than just a t-shirt company.