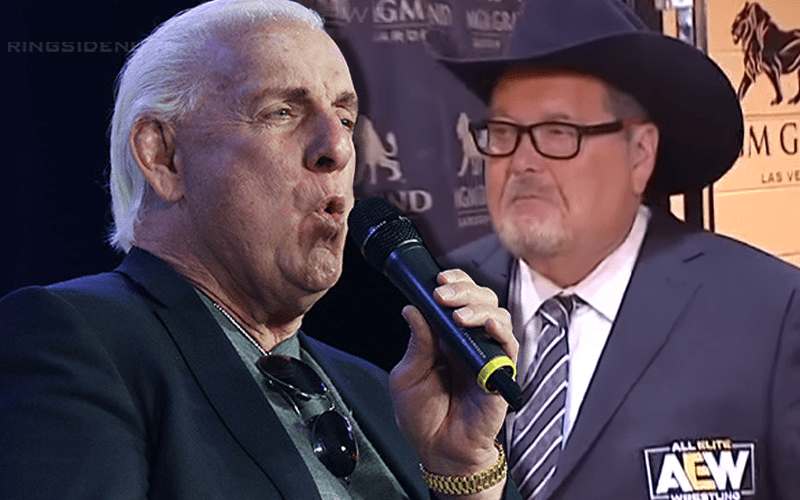 Nobody wants to have Ric Flair cut a promo on them. At 70 years old his words can still pack a powerful punch.

The 16x World Champion recently unloaded on Shawn Michaels for comments he made on a 30 For 30 documentary. However, what really irritated Flair was the fact that HBK never sent him well-wishes during his recent medical issue.

On a recent episode of Busted Open Radio, The Nature Boy explained why he took shots at Shawn Michaels. In the process, he revealed that he called Jim Ross up personally and cussed him out as well.

“What I said was because he hurt my feelings, I was not questioning who he is. I called up Jim Ross and cussed him out, but Jim was telling the truth. When you open yourself up (like he did) in that 30 for 30, you take the good with the bad.”

“I didn’t like what my own kids said about me. Anyone who knows me knows, if I have it in my pocket, it’s theirs. I can assure you they all lived great lives. Was I there? No. It was a tough schedule and it is now. But you cannot even compare it to not coming home for three months.”

Ric Flair is 70 and at this point in his career nothing is slowing down at all. He has his reasons for being hurt by what people say about him because even The Nature Boy has feelings.