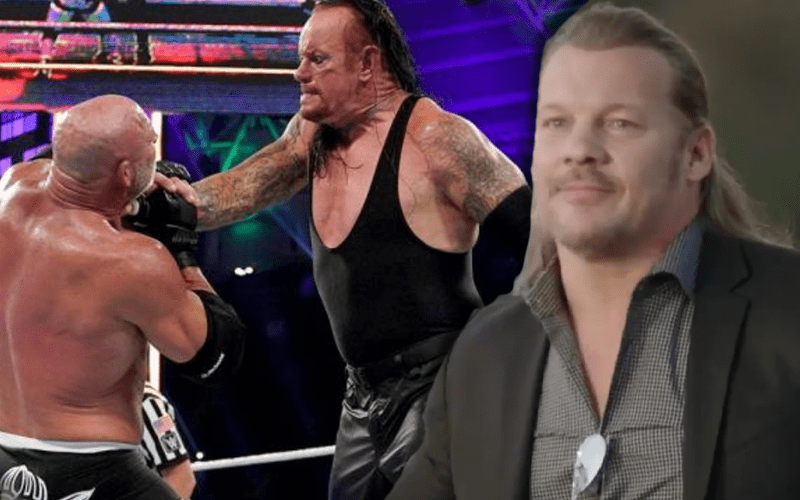 The Undertaker defeated Goldberg at WWE Super ShowDown in Saudi Arabia, but their match was not received very well at all. In fact, most people panned it and wondered why they even felt the need to hold this dream match twenty years too late.

Chris Jericho knows both Goldberg and Taker well. He was watching WWE Super ShowDown and has his own thoughts on the matter. However, he isn’t burying them much like others in the IWC.

Both @undertaker & @Goldberg are once in a lifetime, TOP LEVEL performers and money draws. And even though they might not be at their peak & had an outing that wasnt perfect, they are still better than most. I think @MickJagger & @OzzyOsbourne would agree. #Respect

Y2J has respect for The Undertaker and Goldberg for going out there and performing like two aging rock stars. Their match might not have been perfect, but it was what it was.

In the end, fans can play out the match however they like in a WWE video game. However, nobody can change how Super ShowDown turned out.